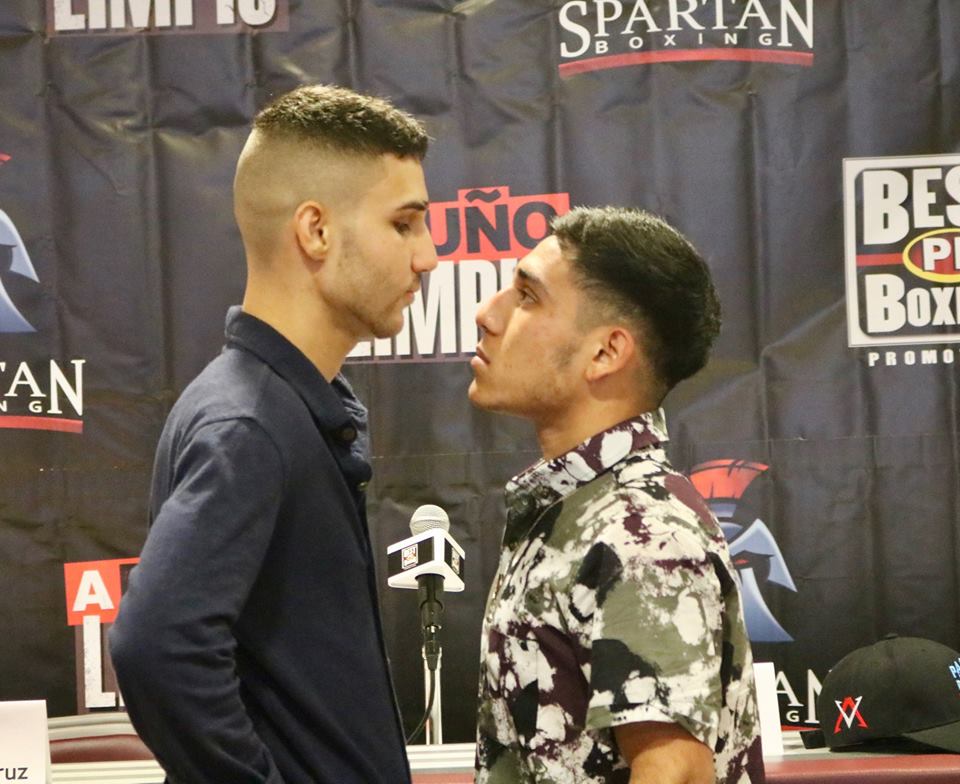 Vacant WBO NABO Mini-Flyweight fight this Friday, September 28 in Puerto Rico when the series “A Puño Limpio” returns to the Ruben Zayas Montañez Coliseum in Trujillo Alto, in a presentation of PR Best Boxing Promotions (PRBBP) in association with Spartan Boxing, which will be retransmitted by Wapa Deportes.

In the main event, Wilfredo ‘Bimbito’ Méndez (10-1, 4 kos) will fight for the second time as a professional in his town (the first occasion since 2016) and will go in search of the WBO NABO minimumweight (105 pounds) belt when he faces the Mexican Axel Aragon (10-1, 6 kos) to 10 rounds. Méndez, brother of also boxer Bernard “Bimbo” Lebron, comes from a victory last July in Barranquilla, Colombia.

“I have not fought here (in Trujillo Alto) for years. I feel totally blessed to fight for this NABO title. To my opponent, thank you for coming here to fight, since not many do it. I’ll see you on September 28,” Mendez said.

Aragon, who will fight for the first time outside his country, expressed that “I come with everything, I had a great preparation and I tell my opponent to do his best to give a great fight”.

Meanwhile, the co-main event of the night will have Jean Carlos ‘Lobo’ Torres (12-0, 8 kos) fighting for the second time in a row at home when he faces Luis Joel González (11-5-1, 6 kos) in an eight rounds scheduled bout at 140 pounds. Last month Torres beat Travis Castellón by TKO in the first “A Puño Limpio” of 2018 in Trujillo Alto.

The series “A Puño Limpio”, in its first part, took place between 2011 and 2012 with shows around Puerto Rico, and had in action fighters like the current world champion Emmanuel “Manny” Rodríguez (in his debut), former world champion Manuel Alejandro “Manny” Siaca, later world champion McJoe Arroyo, as well as future world challengers McWilliams Arroyo, Jonathan Oquendo, José “Chelo” González and David Quijano, and then prospect Jonathan “Bomba “González, among others.