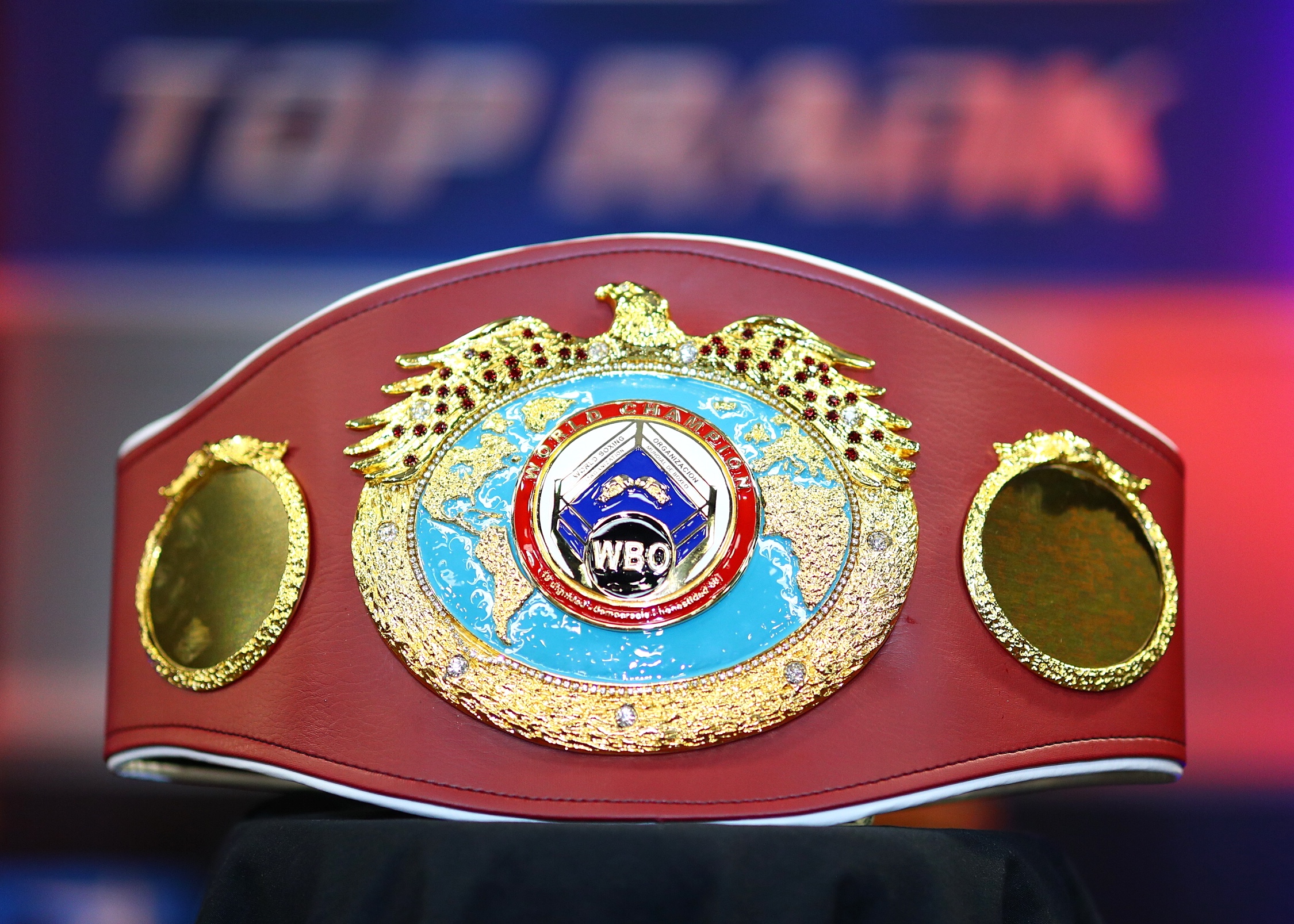 The World Boxing Organization (WBO) announced the officials for two WBO World title bouts to be held this Saturday, August 25th in Arizona.

For this bout, which will headline the card presented by Top Rank from the Gila River Arena in Glendale, the referee will be Tony Weeks, from the United States.

Arizona’s Rubin Taylor, as well as Lisa Giampa and Robert Hoyle, both from Nevada, were appointed judges for the bout. The WBO Supervisor will be WBO President Francisco “Paco” Valcárcel, Esq.

For Beltrán (35-7-1, 21 KOs), it will be his first defense of the title he won by beating WBO Africa Lightweight titlist Paulus Moses via unanimous decision. On his part, Pedraza (24-1, 12 KOs) is looking to be crowned a two division World Champion with a victory over Beltrán. He previously held a title as a Junior Lightweight (130 lbs).

For this bout, the referee will be Chris Flores, from the United States.

For Dogboe (19-0, 13 KOs), it will be his first defense of the title he won by defeating former WBO World Champion Jessie Magdaleno by 11-round knockout. 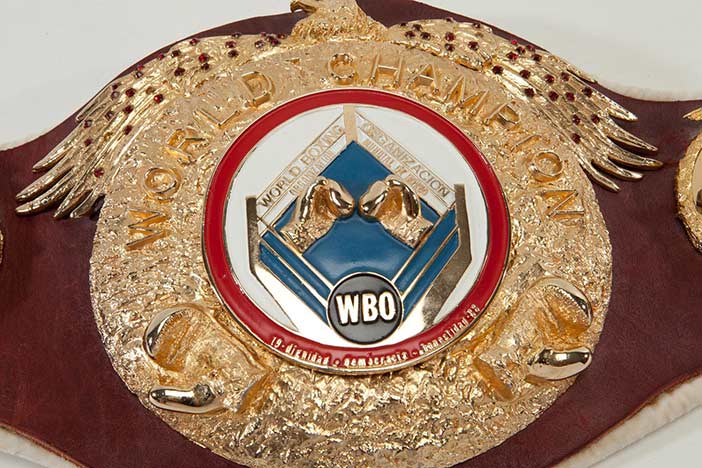 GLENDALE, Ariz. — Ray Beltran and Isaac “Royal Storm” Dogboe will head to the desert this Saturday for their first title defenses.

In the main event at Gila River Arena in Glendale, Arizona, Beltran, who resides in nearby Phoenix, will defend the WBO Lightweight title against Jose “Sniper” Pedraza, a former junior lightweight world champion looking to bring another world title home to Puerto Rico. And, in the all-action co-feature, Dogboe will defend the WBO Junior Featherweight title against Hidenori Otake.

“I’m living the dream. It feels great to be a world champion. I am very motivated to defend my title, and it’s very special to me because I’m fighting in my adopted home,” Beltran said. “Pedraza is a very skillful fighter and is going to bring his best to take the belt from us, but I’m not just fighting for the belt, I’m also fighting to keep it in Phoenix and my birthplace of Los Mochis, Mexico. This belt represents my family’s future, and it’s going nowhere.”

“This is a great opportunity and a great challenge. Beltran is a veteran and is finally a world champion after trying for so long,” Pedraza said. “I think for that reason it’s going to be a great fight because he will not want to lose the title. I’m 100 percent prepared for war.”

“I’m making my first defense against Otake, a Japanese warrior. It’s going to be fireworks,” Dogboe said. “I’m not stepping back. We’re on a quest to make this division exciting and great again. We’re shaking up the division. Isaac ‘Royal Storm’ Dogboe, you all know I bring lightning and thunder!”

“I would like to express my appreciation to everyone who made this fight possible. I am truly grateful for this opportunity,” Otake said. “In capturing the world title for my first time on Aug. 25, I’d like to show everyone that age does not matter. Since comments can reveal strategy, I can’t say anymore.”

Beltran (35-7-1, 21 KOs) is a story of perseverance who finally broke through as a world champion five month shy of his 37th birthday. In his last bout, an ESPN-televised contest against Paulus Moses on Feb. 16 in Reno, Nevada, Beltran dug deep to win the vacant WBO lightweight title by unanimous decision. The scores — 117-111, 117-111 and 116-112 — did not reflect the back-and-forth nature of the bout. Once Manny Pacquiao’s chief sparring partner, Beltran had three previous cracks at a world title, most notably a 2013 draw against Ricky Burns that most ringside observers felt should have been a clear Beltran victory. The following year, he lost a wide unanimous decision to pound-for-pound elite Terence Crawford, who had beaten Burns to win the WBO lightweight crown. Beltran, a Phoenix resident who is originally from Los Mochis, Sinaloa, Mexico, will be fighting in his adopted home state for the first time since 2005.

Pedraza (24-1, 12 KOs), from Cidra, Puerto Rico, is on a mission to become a two-weight world champion. A former IBF junior lightweight world champion who made two successful defenses of his title, he lost his belt via seventh-round TKO to Gervonta Davis in January 2017. Following a 14-month layoff, he moved up to the lightweight division and signed a promotional contract with Top Rank. Pedraza is 2-0 as a lightweight in 2018, winning an eight-round unanimous decision against Jose Luis Rodriguez on March 17 and a 10-round unanimous decision against Antonio Moran on June 9 as the co-feature to the Terence Crawford-Jeff Horn welterweight title bout in Las Vegas.

Dogboe (19-0, 13 KOs) established himself as one of boxing’s best young champions in 2018 with a pair of signature victories. He knocked out Cesar Juarez in the fifth round on Jan. 6 in his hometown of Accra, Ghana, to win the interim WBO junior featherweight title. On April 28 in Philadelphia, Dogboe won the title in dramatic fashion, surviving a first-round knockdown to stop Jessie Magdaleno in the 11th round in a Fight of the Year contender. A 2012 Olympian, Dogboe had a rapid rise through the pro ranks, winning the WBO Oriental and WBO Africa featherweight titles en route to junior featherweight title contention. Boxing is in the Dogboe lineage as his father/trainer, Paul Dogboe, once served as a boxing coach and a physical instructor in the British Army.

Otake (31-2-3, 14 KOs), from Tokyo, has been a professional for more than 12 years and is riding a nine-bout winning streak dating back to Nov. 22, 2014. On that day, he challenged Scott Quigg for the WBA super bantamweight title, dropping a unanimous decision. He won the vacant Oriental and Pacific Boxing Federation (OPBF) title on March 17, 2017 with a unanimous decision against Jelbirt Gomera. Otake defended the OBPF title three times, most recently scoring a 10th-round TKO over Brian Lobetania in Tokyo on March 13. 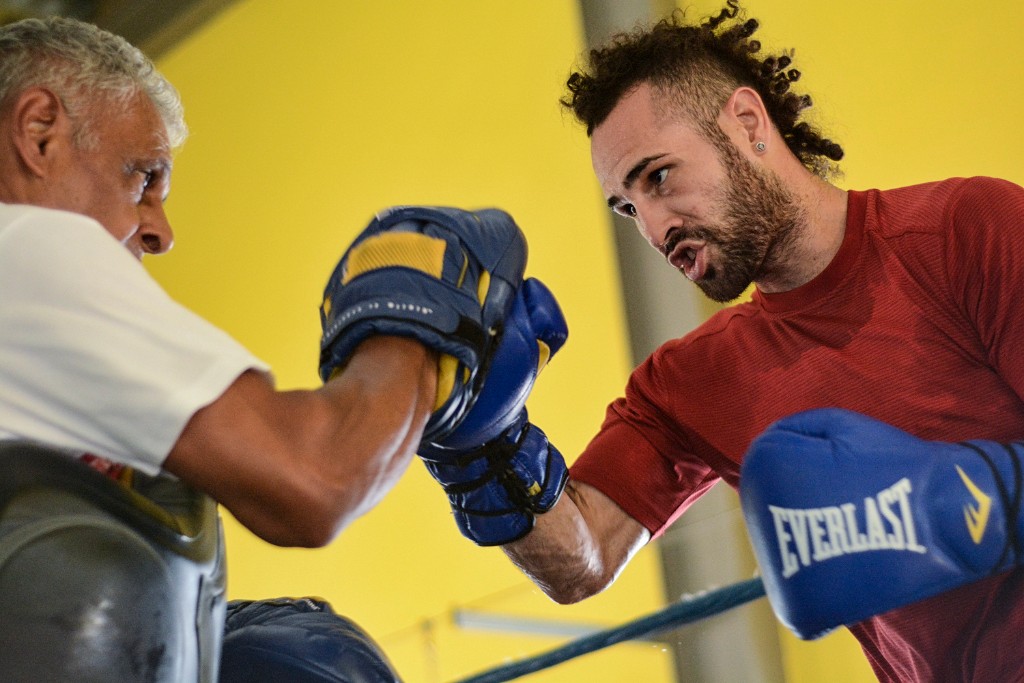 CIDRA, P.R. – José “Sniper” Pedraza already knows how it feels to have a world title in his hands. Now, the former world champion guarantees he will experience that sensation again on Aug. 25 at the Gila River Arena in Glendale, Arizona.

Pedraza, who will depart for Las Vegas on Saturday to finish training camp, worked out for the Puerto Rican media Wednesday afternoon. This is what he had to say.

About his world title fight: “I feel very motivated, and I know I will have a great fight against Ray Beltran. He is a strong fighter who always leaves everything in the ring and battled for a long time until becoming a world champion. I know that this will be a classic war between Mexico and Puerto Rico.”

On what fans can expect from him on Aug. 25: “Fans can expect great boxing skills and a great victory from myself. I am focused on my career and on this fight. On Aug. 25, Puerto Rico will have a new world champion.” 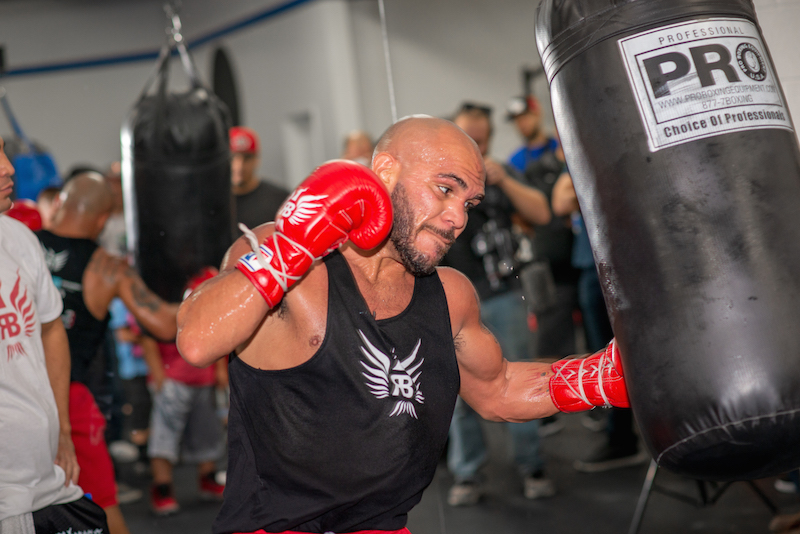 LIVE on ESPN and ESPN Deportes

(Aug. 6, 2018) — Ray Beltran scratched and clawed and spent nearly 19 years as a pro boxer before earning his first world title. He outpointed Paulus Moses on Feb. 16 in Reno, Nevada, to win the vacant WBO lightweight title, a lifelong dream finally fulfilled. A native of Los Mochis, Mexico, Beltran is now a proud resident of Phoenix, a short drive from where he will make his first title defense.

Beltran (35-7-1, 21 KOs) will defend his title against former 130-pound world champion Jose “Sniper” Pedraza as the headliner of an ESPN-televised card, Aug. 25 at the Gila River Area in Glendale, Arizona.

Beltran returned home Saturday for a full slate of media activities, including an open workout at Gent’s Boxing Club in Glendale and as a guest broadcaster for the second inning of the Arizona Diamondbacks Alumni Game.

This is what he had to say.

On his future: “Hopefully, we have another big fight coming up against {Vasiliy} Lomachenko. I’m pretty happy when I fight the best. I’ve had no easy fights in my boxing career. We made our own way. We made our own name. We got a contract with Top Rank after 20-something fights. Nobody created our record. I have a lot of knockouts, but I have more power than it looks like on {my record}. All the losses that I have, four or five were robberies. I’m ready. Right now, I’m focused on Pedraza, but we dream big.”

On fighting for Phoenix and Mexico: “I feel like my heart is in half. I feel like a Phoenix fighter, but I’m also a Mexican fighter from my hometown. I can’t believe what I’ve come from. I come from nothing. I come from a place where nobody is supposed to make it. I think it’s important that the people where I came from know about it, so they get the message — whatever you want to do in life, if you work hard, you can make a change.”

On his opponent: “Pedraza is a former world champion. I believe he’s going to bring some heat. He’s going to come and fight hard to take the belt away from me. He bobs and moves around the ring a lot. He’s got good footwork, but we’ve been working at Wild Card with all different types of styles.”

Use the hashtags #BeltranPedraza and #DogboeOtake to join the conversation on social media.