Carmona defends this Friday in Mexico 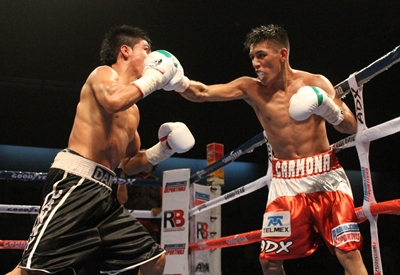 The successful series of Boxeo TELEMUNDO Ford will have the second show of the fall series in Mexico City this Friday, September 27, 2013 at the popular Salon Jose Cuervo. In the main event WBO Youth super flyweight champion David “El Duro” Carmona will defend against fellow countryman Antonio “El Tostado” Tostado in a clash scheduled for 10 Rounds.

Carmona of Mexico City, Mexico is ranked #14 WBO and brings a record of 15-1-4, 8 KO’s, Tostado on the other hand is an undefeated 18-year-old prospect of Jamay, Jalisco, Mexico who served as a chief sparring partner of newly crowned IBF super flyweight champion Daiki Kameda and brings a record of 11-0, 5 KO’s. It should be an all out war between two hungry young contenders.