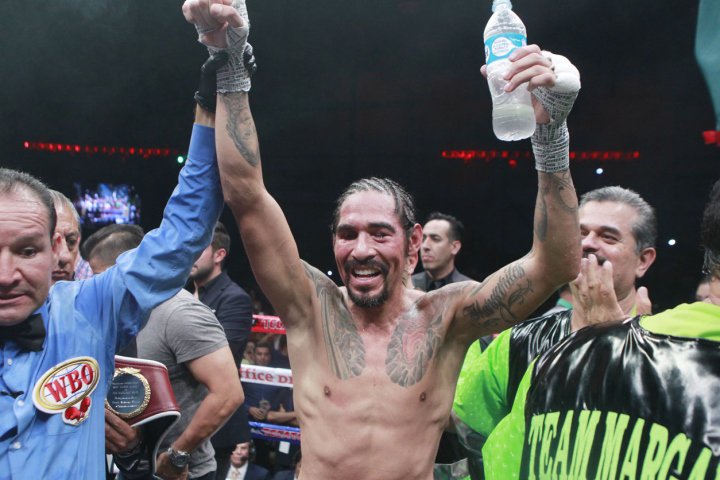 Alvarez started off by working the jab and landing some good counters. He was pushing the pace with Margarito, who seemed to be very cautious and taking his time. Alvarez was outworking him in the first round and landed some very good head shots.  Margarito was throwing his own jab in the second round. It didn’t seem to be very hard and was more of a range finder to set up other punches. Margarito was getting off with some very hard shots to the body and doing better defensively to make Alvarez miss. Alvarez continued to throw a lot of fast punches, with some landing.

Margarito started coming forward and pushing Alvarez back in the third round. This time it was Margarito pushing the pace, getting Alvarez to the ropes and letting his hands go. Alvarez stayed dangerous with counters that would catch Margarito when he walked in unprotected.

Alvarez was back on the attack at the start of the fourth, landing good counters to the head and now allowing Margarito to do his work. It wasn’t until the final thirty seconds when Margarito was able to get some body shots in. Things were tightening up in the fifth and sixth. Margarito was doing some very good work and landing hard shots on Alvarez, who had bruising and swelling around the right eye.

Margarito continued to push the pace in the seventh, coming forward and making it a fight. Alvarez was still landing good counters, with Margairto making it easy due to a lack of defense. During the eight round, Margarito had his best work and scored a knockdown after a series of shots to make the crowd erupt. Alvarez beat the count and took punches until the close of the round.

Alvarez seemed to get a second wind in the ninth and landed a big overhand bomb that Margarito walked right through and kept coming with punches of his own. Alvarez, sensing he was behind on the cards, showed urgency in the tenth and final round by head-hunting for something big to put Margarito on his back. He landed a few good right hands, but not enough to do serious damage or score a knockdown. Margarito was playing it safe, pawing with his jab and appeared to be coasting for the most part until the final bell.

This was Margarito’s second fight since breaking his retirement in March, when he won a ten round decision over Jorge Paez Jr. In that contest Margarito was knocked down and seemed to be seriously hurt. He survived that near disaster to pull off the win. Prior to the March bout, Margarito retired in December 2011 after getting stopped in his rematch with Miguel Cotto.

Coming into this contest, Alvarez had not lost in his last 10 outings in the ring, including nine victories, eight of them by knockout, and one no-contest after a head clash. Alvarez prepared hard for this fight with the help of his younger brother, Canelo. 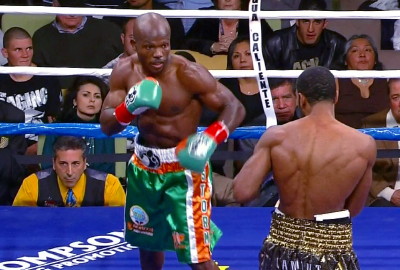