Omar Narvaez: Going for a Little Piece of History 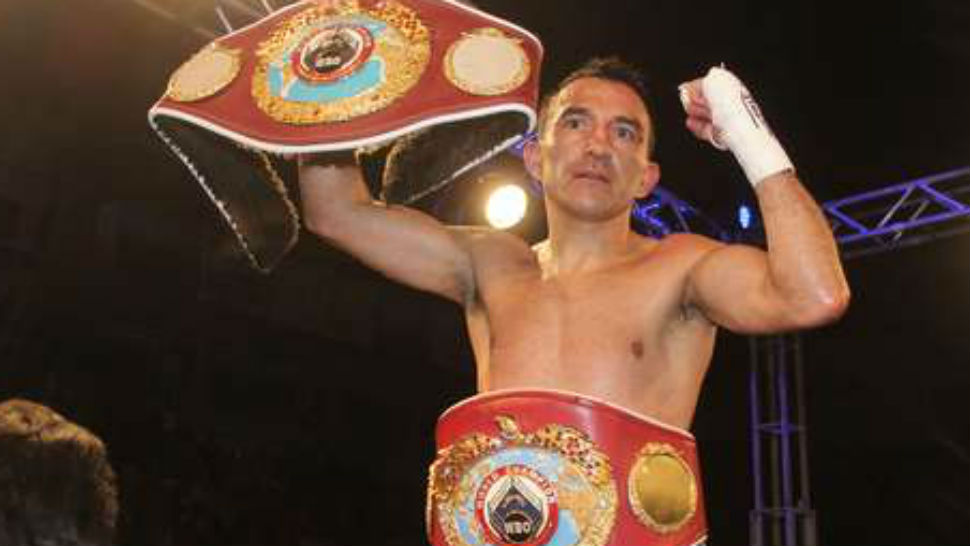 He doesn’t even have to win.

Long enough to post sixteen defenses from 2002-09 before he moved up in weight.

Why do those two numbers matter?  What is the significance of 16 and 10?

If Narvaez successfully defends this weekend against the relatively inexperienced Antonio Garcia (13-1, 6 KO), he will become the first fighter in boxing history to score double-digit consecutive title defenses in two weight classes.  Scouring the records, there were others who came close but no one else who actually crossed the threshold in two classes.

Omar Narvaez will, for most American fans, always be remembered as the guy who stunk it out challenging Nonito Donaire for a Bantamweight title.  His career has been more that that.  This numerical achievement will be a healthy place to hang his hat.

How much meaning can be drawn from it?

It’s a mixed bag.  Surely there are others that could have done this.  In the days of men like Mickey Walker, the volume of fights contested could have lent itself to some wild defense numbers.  The titles just weren’t defended as frequently in many classes.  Julio Cesar Chavez made nine defenses of his 130 lb. title and a dozen consecutive defenses in his first reign at 140.  That’s one short.  An extra payday in Mexico City in the first class could have given him history.

So it’s an accomplishment of circumstance in part.

One still has to be good enough to be in position for circumstance to work out for them.

Narvaez is a much better fighter than seen in the failure against Donaire.  While his competition has sometimes been of the handpicked, regional-draw-with-a-title variety, there has been quality.  His reign at 112 was better overall than the run at 115, the level of his challengers there superior.  Carlos Tamara, Andrea Sarritzu, Rayonta Whitfield, Bernard Inom, and Brahim Asloum were all legitimate threats turned back by the awkward Argentine.  At 115, Cesar Seda stands out as a solid defense as does Felipe Orucuta (and there was a solid case that Orucuta got hosed there).

There is also some of the lunacy of the modern boxing game to be considered.  It’s often hard to define achievement in an era with four alphabet bodies handing out titles (including interim and other such designations) versus eras with less.  Consider that, while Narvaez was wracking up 16 defenses at Flyweight, Pongsaklek Wonjongkam was setting the divisional defense mark (lineal and WBC) at 17.

Joe Calzaghe and Sven Ottke both made 21 alphabet title defenses at Super Middleweight during the same era.

These numbers aren’t exactly Louis’s 25. Since the titles at Bantamweight and Flyweight split initially decades ago, and then their sister classes came into being, unification has been rare.  Rather than world titles, often what happens is that belts wind up stuck in regional loops, acting cash draws that have more value uncontested by the world at large.

There generally weren’t as many Jr. class opportunities in different eras and the lower classes were not as fractured.  For instance, the proliferation of titles in the lower weight classes allows for at least 12 ‘world champs’ from 105-112 where once there was just one 112 lb. World champion.

That’s a lot of watering down.

And yet there it is, the chance at a historical first.  While 16 and 10 might not signify that Narvaez was ever clearly the best of the beltholders running around, and they don’t tell the whole tale on the level of challengers he’s sought out as his reign in division number two wears on, it certainly wasn’t easy to get there.

At 38, Narvaez can be lauded for his consistency, for the professionalism it takes to keep showing up ready to go.  Off nights or poor preparation have interrupted or ended many a title run for better fighters.  Narvaez keeps going.

Antonio Garcia is in the way of Omar Narvaez’s own little piece of history this weekend.  All he has to do is not lose and Narvaez will add something unique and new to the annals of boxing lore.

It doesn’t take much to get people talking about the Heavyweights in the US.  Give them a rumble, end with a knockout, and then talk about more fights where someone is likely to get knocked out.  Bermane Stiverne did his job well last weekend…When is Akira Yaegashi-Roman Gonzalez going to get done?  It is a mandatory, right?  Starting to wonder what the hold up is…Outside of Manny Pacquiao, is Donnie Nietes the best Filipino fighter in the world right now?  He might be…Derek Carr went to the Raiders.  As a lifelong, though reserved, Raiders fan that could be great.  As a Fresno State fan, we’ll see.