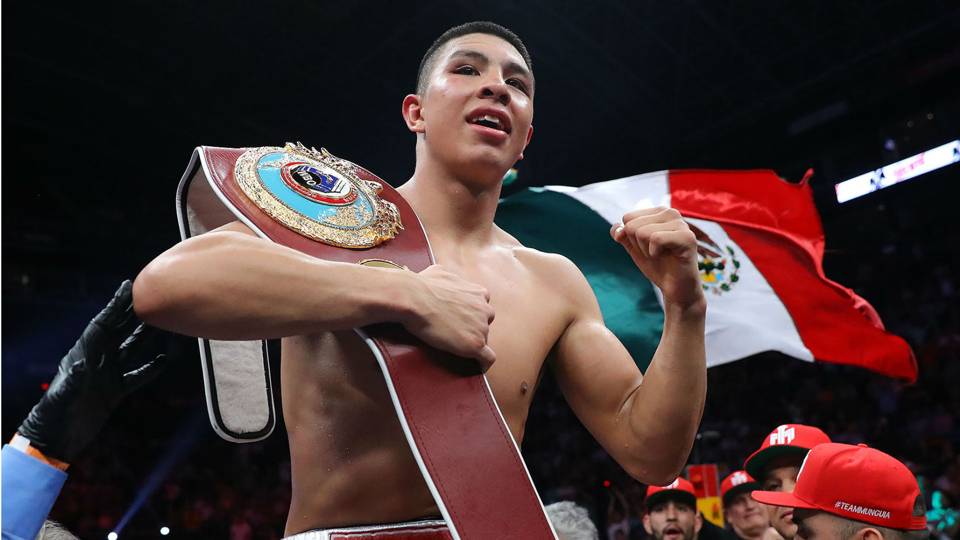 The 12-round bout will take place at Dignity Health Sports Park (formerly known as the Stubhub Center) in Carson, California. Also on the card, unbeaten lightweight Ryan Garcia will finally return to the ring, squaring off against Avery Sparrow.

Both fights will stream live on DAZN.

Munguia (33-0, 26 knockouts), who resides in Tijuana, Mexico, last fought on Apr. 13 in Monterrey, Mexico, defeating mandatory challenger Dennis Hogan of Australia in a fight many thought Hogan did enough to win. Before Allotey was finalized as an opponent for Munguia, there were several reports last week Munguia would face former world titleholder Jessie Vargas, but negotiations reportedly fell through between representatives of both fighters.

The 22-year-old Munguia will be making his fifth defense of the WBO title he won on May 12 of last year by knocking out Sadam Ali. The world-title defense will also be in conjunction with Mexican Independence Day weekend celebrations throughout Southern California.

“I feel very happy for the opportunity of headlining a card on Sept. 14,” said Munguia, who is trained by Robert Alcazar. ”That’s the best date for boxing in the entire year. It’s a great date for Mexico because that’s when we celebrate Mexican Independence Day. I’m proud and honored to be representing Mexico in the festivals for my country. I’ll give my best and I’ll try to deliver a great fight for all the people and for those who will see us.”

Munguia is co-promoted by Golden Boy and Zanfer Promotions. He is ranked No. 4 by The Ring.

“I respect Munguia,” said Allotey. “He is a great fighter, but I’m an African warrior, so you know I’ll be coming to cause a big surprise.”

Sept. 14 will mark Allotey’s second fight in the United States. Allotey was knocked out by contender Patrick Teixeira in April of 2015 in Verona, New York.