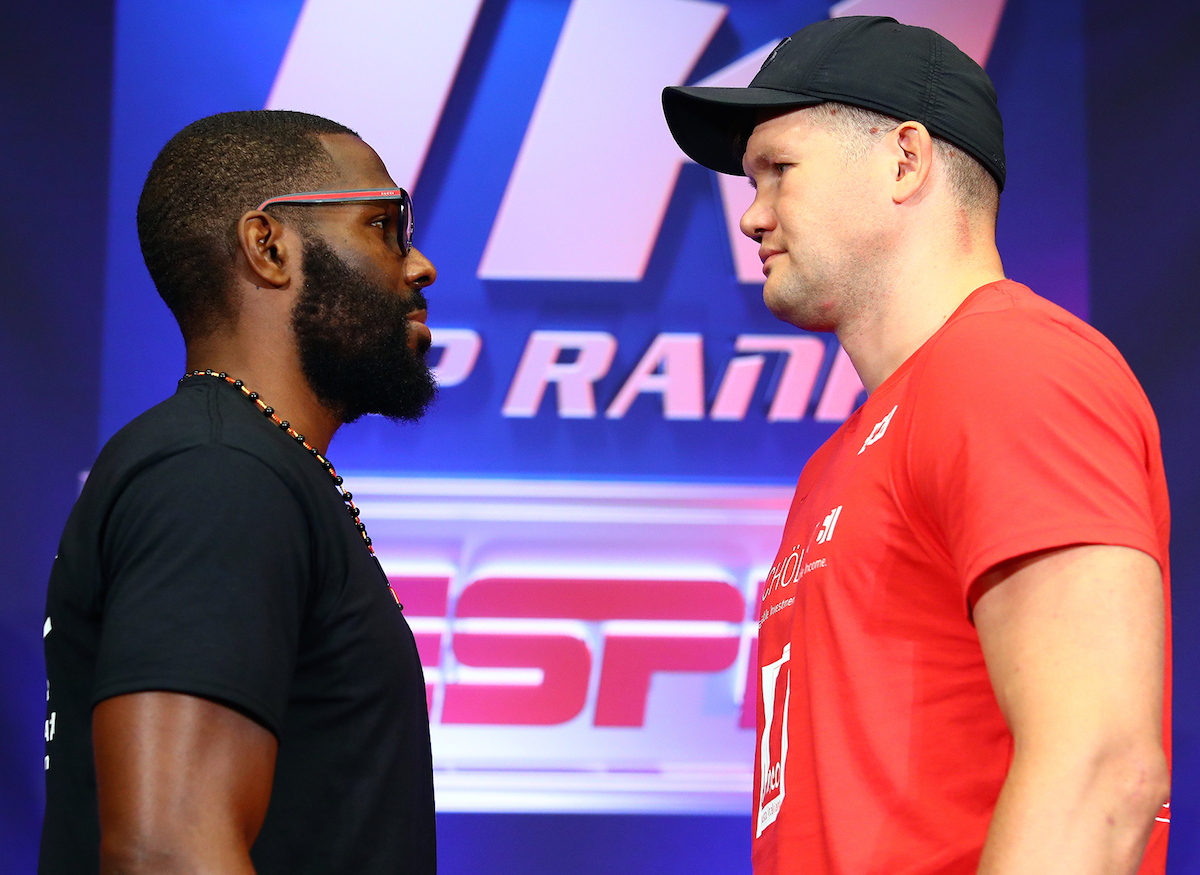 ATLANTIC CITY, N.J. (Aug. 16, 2018) – Boxing is being featured for the first time at the recently opened Ocean Resort Casino (formerly Revel), which is located steps from the Atlantic City boardwalk.

Jennings-Dimitrenko will be broadcast on ESPN at 10 p.m. ET, with the entire undercard to be shown on ESPN+ beginning at 7 p.m. ET.

The fighters and Top Rank CEO Bob Arum gathered Thursday for the final press conference. This is what they had to say.

“This is a terrific card because any time you highlight Philly fighters, you’re going to get fights. Philly fighters bring the heat. They’re exciting.”

On whether he still has the hunger: “If you’re not hungry, you don’t eat. And if you don’t eat, then you starve. If you starve, then you die. And I want to live. I’m hungry. I didn’t eat. I need to eat. Just make sure it’s vegan. In fact, it don’t gotta be vegan because Saturday, I’m eating Russian!”

On fighting taller fighters like Dimitrenko: “As a kid, I was told, ‘never tell your secrets.’ You thought I was about to say something {laughing}?” 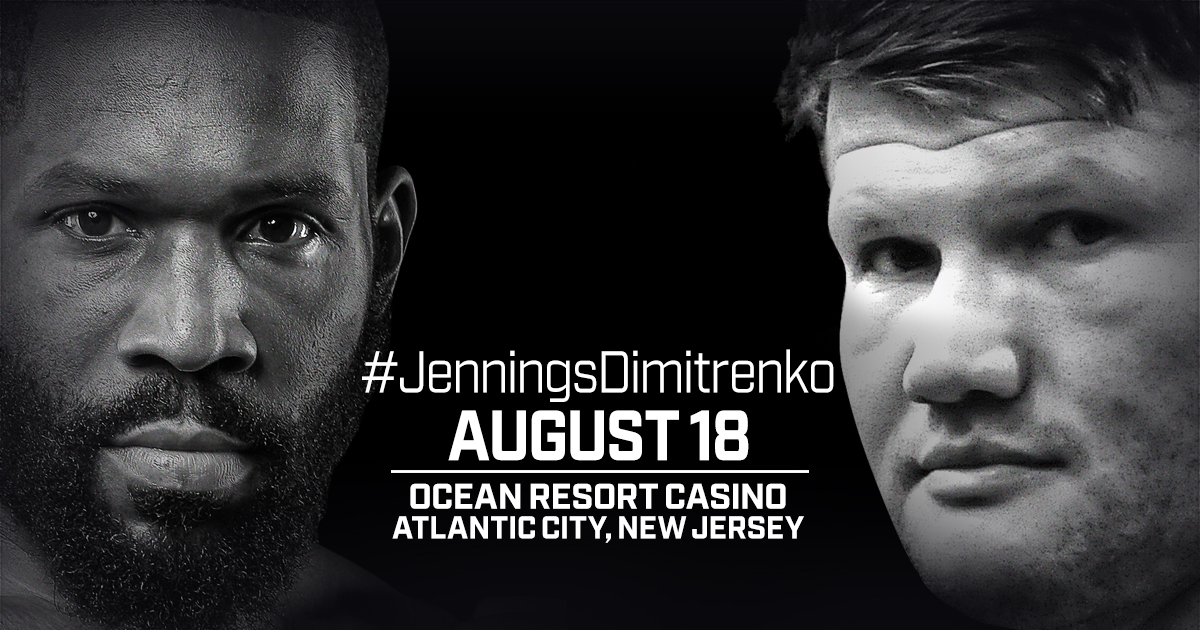 ATLANTIC CITY, N.J. (June 27, 2018) — Heavyweight contender Bryant “B.Y.” Jennings was born and bred in Philadelphia, but on Saturday, August 18, he aims to bring some of that Philly firepower to the Atlantic City Boardwalk.

Jennings-Dimitrenko will be televised LIVE on ESPN and ESPN Deportes at 10 p.m. ET, and all undercard bouts will be streamed on ESPN+ beginning at 7 p.m. ET.

“Dimitrenko is a big, competitive fighter,” Jennings said. “I worked very hard to gain my position in the heavyweight division. Every fight for me is a risk. While I’m confident in myself, I don’t take any opponent lightly. Boxing fans can expect me to bring my best.”

“I am looking forward to this fight, as this is an opportunity to advance in the heavyweight division,” Dimitrenko said. “I love to train and push myself to the limit. I want to be great. I’ve never had so much fun in boxing. The fight against Jennings comes at just the right time, and I will take advantage of this opportunity.”

Jennings is a heavyweight with momentum, having won four consecutive bouts since making his Top Rank debut last August. In his last bout, April 28 in Philadelphia against Joey Dawejko, he won a 10-round unanimous decision. Ranked No. 8 by the WBO, a win over Dimitrenko will move him closer to a second world title shot. Jennings put the heavyweight division on notice on April 25, 2015, when he gave unified champion Wladimir Klitschko a tough test en route to a decision loss. Following a knockout loss to Luis Ortiz later that year, Jennings took a 20-month break from the ring before signing with Top Rank.

Dimitrenko, a longtime contender, turned pro in 2001 and won the first 29 bouts of his career before dropping a majority decision to Eddie Chambers on July 4, 2009 in a WBO title eliminator. He won the European heavyweight title in 2011 with a fifth-round TKO over Yaroslav Zavorotnyi and made two successful title defenses. Following a third-round stoppage loss to eventual WBO heavyweight champion Joseph Parker in October 2016, Dimitrenko went 3-0 in 2017, including a first-round stoppage of then-undefeated prospect Adrian Granat.

Use the hashtags #JenningsDimitrenko and #HartGavronski to join the conversation on social media.

The ESPN+ lineup includes 18 exclusive, live Top Rank events per year, dozens of fights from other Top Rank undercards, an unmatched library of the greatest fights in boxing history, and two exclusive, original boxing programs: The Boxing Beat with Dan Rafael (Tuesdays) and In This Corner (twice monthly).

It also features hundreds of MLB, NHL and MLS games, Grand Slam tennis, PGA TOUR golf, college sports, international rugby, cricket, the full library of ESPN Films (including 30 for 30) and more. Fans can subscribe to ESPN+ for just $4.99 a month (or $49.99 per year) and cancel at any time.

ESPN+ is an integrated part of the completely redesigned ESPN App. Already the leading sports app, the new ESPN App is the premier all-in-one digital sports platform for fans and is a showcase of the company’s culture of innovation. With a richer, increasingly more personalized experience, the new ESPN App curates all of ESPN’s incredible content into an experience unique to each fan’s individual tastes. ESPN+ is also available through ESPN.com.