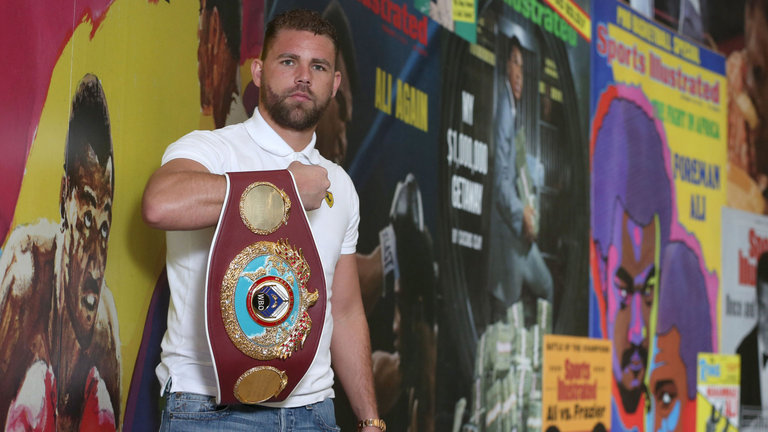 Billy Joe Saunders’ world title defence against Artur Akavov has been postponed by a week to December 3.

Saunders had been due to make the first defence of his WBO middleweight strap on Saturday night in Cardiff, but the fight will now take place in Paisley a week later.

Problems with the translation of medical paperwork supplied by the Russian’s team have forced an unavoidable delay, with the bout having already been delayed once after Saunders suffered an injury in training.

“It’s extremely frustrating for all parties and especially Billy who has been itching to get back into the ring following a frustrating 2016,” said promoter Frank Warren.

“The medicals were sent late and mostly in Russian and once translated it then became apparent they were not complete. Ultimately, it would be too late to find a suitable replacement so postponing it was our only option.

“I feel for Billy Joe as he was ready to make the first defence of his world title and for all of the fans who wanted to watch him.”

Alex Vaysfeld, from Akavov’s team, said: “This is no more than a translation problem and will be easily rectified upon Akavov’s arrival in the UK and I’m glad Frank was able to postpone for just a week.”

Saunders, who seized the title from Ireland’s Andy Lee 11 months ago, admitted his frustration at the postponement.

He said: “I was ready to put on a big performance and defend my title in style in Cardiff but unfortunately this latest issue was totally out of our control. “The fight is still on, that’s the main thing and I’ll be fully prepared to defend my title in Scotland next week before moving on to a blockbuster fight in 2017.”

Tommy Langford faces Sam Sheedy for the vacant British middleweight title and Tom Stalker and Craig Evans do battle for the third time for the WBO European lightweight championship after two hard-fought draws.