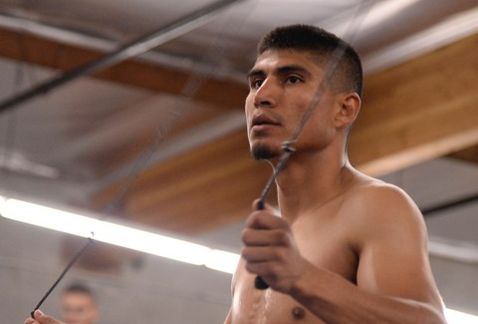 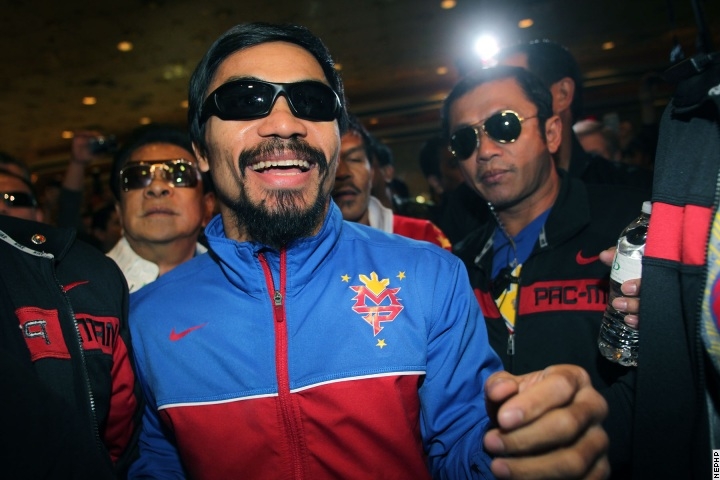 Pound for pound king Manny Pacquiao is obviously disappointed with his majority decision win over WBO/WBA lightweight champion Juan Manuel Marquez at the MGM Grand Garden Arena this past Saturday and wants Marquez one more time.

Strength and conditioning coach Alex Ariza told BoxingScene.com/Manila Standard Today that he had a talk with the WBO welterweight champion on Monday and told us “Manny was not happy with his performance either.” He said “it was obviously  a really bad night” and that he ” wants another one.” Ariza said he too would “want another Marquez fight.”

Ariza said he told Pacquiao “ Let’s do it my way and see what happens.”

Top Rank promoter Bob Arum who was roundly booed by the Mexican fans who accused him of stealing the fight from Marquez said “not only was this fight not definitive, very few rounds were definitive. If the fighters are willing we’ll do it again.”

However, Arum may have trouble convincing Marquez to fight Pacquiao for a fourth time and even money may not entice the Mexican legend to take on the challenge. In fact Marquez said he is contemplating retirement and was certain that even if he beats Pacquiao, the judges won’t give him the decision.

Ariza said he told Pacquiao “we need to go back to the basics again. We have to get back to what we did in the days we were successful and we didn’t have any leg problems (cramps) and things like that.”

Ariza was apparently pleased that Pacquiao “had agreed to go back to the old ways” and indicated Pacquiao told him “next time we are going to do everything your way.”

The strength and conditioning coach who recalled their rousing success in the fights against David Diaz, Oscar De La Hoya, Ricky Hatton and Miguel Cotto revealed “he was not doing it my way at all” for Marquez III. He pointed the wide difference in “boxing training and conditioning training where sometimes a fighter thinks that because he trains hard inside the gym the conditioning is going to piggyback on the things that he does.”

Ariza said Pacquiao “looked good but his body didn’t cooperate with him again last night. His balance was off, he looked very ordinary, nothing special. He was exposed.”

Ariza conceded “I know my way is very hard, its very taxing, its very uncomfortable but there is a reason for it. Nobody likes to do the conditioning but that’s what’s    pushing us through, that’s what is making Manny  look good.”

Ariza said “I don’t want to make excuses about leg cramps but our fights are getting worse and worse” citing the battles with Antonio Margarito and Shane Mosley adding “we are starting to go in reverse. Unless we get back to what we did in the beginning I don’t see how we are going to progress.”

With the possibility of a Floyd Mayweather megabuck fight taking place on May 5 Ariza said “if I was Mayweather and I saw that last fight (Marquez) I would sign for a Pacquiao fight this morning.”