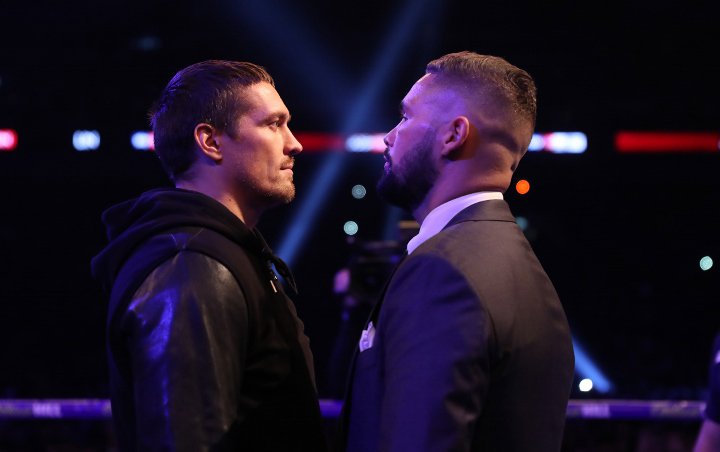 Tony Bellew will return to the Jr. Heavyweight division after it was confirmed he will challenge undisputed champion Oleksandr Usyk on November 10. (photos by Lawrence Lustig).

Ukrainian Usyk will put his IBF, WBA, WBC and WBO belts on the line at Manchester Arena when he takes on Bellew, who moved up to heavyweight for his last two bouts.

The Englishman, who previously held the WBC title in the Jr. Heavyweight division, had suggested he could retire after defeating domestic rival David Haye for a second time in May.

However, Bellew has decided to carry on fighting after accepting the chance to take on the unbeaten Usyk, insisting he can once again upset the odds. Usyk won a gold medal at the 2012 Olympic Games and is 15-0 since turning pro, unifying the Jr. Heavyweight division in July by beating Murat Gassiev on points in Moscow.

“I’ve been preparing for this fight for a long time and I’m delighted that we’ve got the venue and the date finalised – I cannot wait to fight in the UK,” he said.

“I am deep into my training camp with my team, working hard and preparing for a long fight with Tony. He says he will beat me and I love his attitude, but you cannot beat up somebody who is invisible in the ring!” 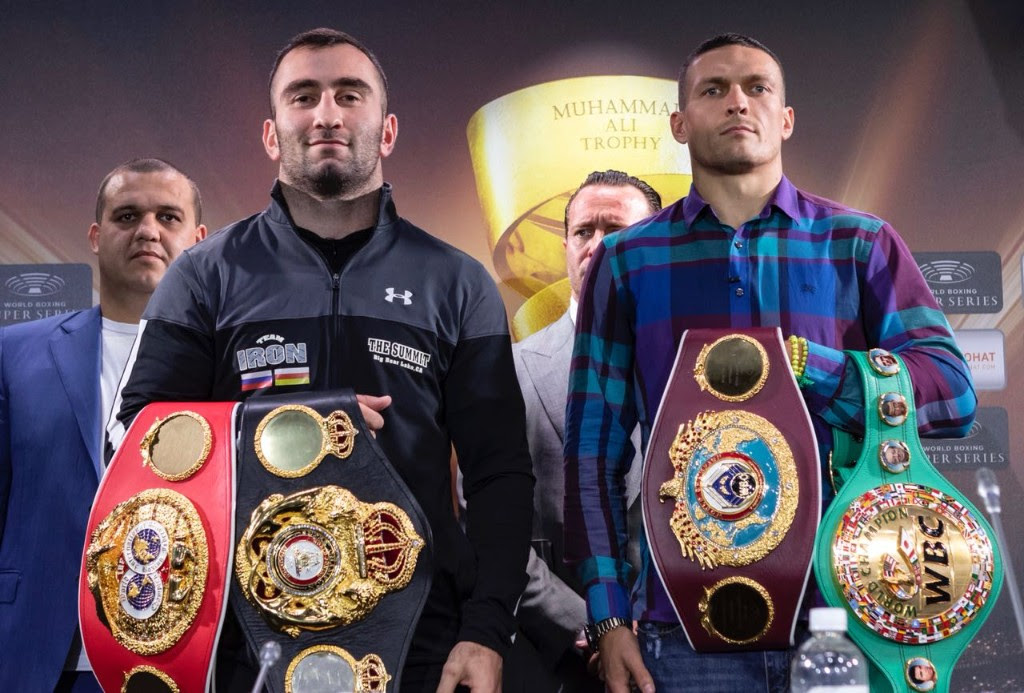 “I am looking forward to the final,” said Ukrainian Usyk. “When I was in Sochi and watched the semi-final between Gassiev and Dorticos, I met a lot of people who said they support Murat, but that they respect me.”

“It does not matter which city, which country my opponent is from and I am not worried about fighting in Moscow. For me, it’s normal to fight abroad.”

“This fight has the attention of fans all over the world,” said Gassiev. “We are going to make history and will make a beautiful fight.”

“I don’t think I have an advantage fighting in Russia, because I know Usyk has many fans here too. I respect my opponent, and I don’t pay attention to where he comes from.”

Abel Sanchez, Gassiev’s coach said: “This is a fight between two of the best fighters in the world. We are going to have to raise our level to beat this guy.”

“We are looking forward to seeing a fight between two unbelievable gladiators. This is the fight of the year, make no mistake.”

“Thank you very much to everyone involved, but most of all thanks to the fighters who are putting everything on the line on Saturday. It is going to be a sensational fight.”

The Ali Trophy Jr. Heavyweight final is guaranteed to produce fireworks and the winner of Usyk-Gassiev will be the first boxer ever to win the Muhammad Ali Trophy and unify the cruiserweight titles in the four belt era.

The belts on the line will be the WBO, WBC, IBF and WBA Super and RING Magazine’s vacant cruiserweight championship strap.