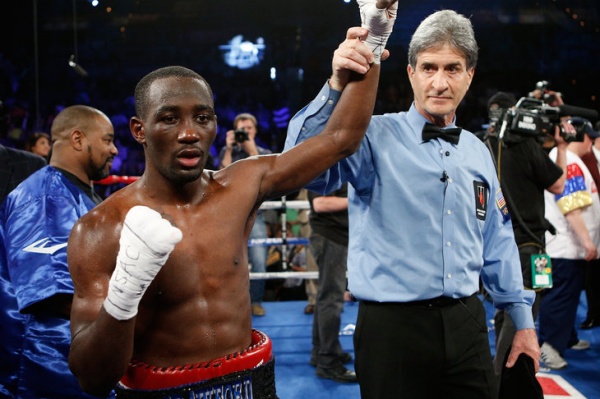 This was set up as a showcase fight for Terence Crawford, and he delivered. The undefeated fighter was heavily praised heading into the fight – perhaps unduly so. But outside of a slightly shaky first two rounds, Crawford was indeed impressive here. He started the fight slowly, allowing Sanabria to connect some solid punches in round 2. From round 3 forward though, it was pretty much all Crawford, who showed he was willing to take a punch but was able to land his own, and better.

At the start of round 6, Crawford came out and landed a perfect lead left hook, knocking Sanabria down mere seconds into the round. Sanabria struggled to regain his feet, but when he was still woozy, the fight was waved off in a good call from the referee.

Nice performance from Crawford here – maybe not “best Lightweight in the world” as HBO commentator Max Kellerman called him at one point, but definitely another showing that makes him a fighter to watch. Check out gifs of the KO below, courtesy of Zombie Prophet.