Japanese veteran Akihiro Kondo (26-6-1, 13 KOs), 139.75, impressively acquired the WBO ASPAC (Asia Pacific) junior welterweight belt when he had durable Filipino Jeffrey Arienza (15-5-1, 9 KOs), 139, staggering, followed it up hard and scored a fine TKO victory at 1:20 of the eleventh round on Tuesday in Tokyo, Japan. Kondo celebrated the inauguration of the very first WBO ASPAC title bout ever held in Japan since the regional championship was approved in Japan this August. It was a crowd-pleasing competitive contest, where they kept swapping punches incessantly toe-to-toe from the outset until the referee Nakamura’s intervention. Arienza, a persistent southpaw, maintained the pressure to the elusive Kondo, who utilized faster footwork and rained solid combinations to the midsection and to the face, piling up points steadily. The eighth saw both sustain a cut—Kondo over the right eyebrow and Arienza from the left optic.

In the fatal eleventh, Kondo caught up with the fading Arienza and exploded a solid right hook to the face to have him retreating to the ropes. Quickly swarming over him with a flurry of punches, Kondo attempted to finish the affair then and there, when the ref wisely called a halt. The official tallies after the tenth were as follows: Surat and Mekin (both from Thailand) both 97-93, Harada (Japan) 99-91, all for Kondo who displayed his best form, regaining the belt since he took the Japanese national 135-pound belt six years ago. Leon Panoncillo (US), the WBO ASPAC supervisor, jubilantly said, “It’s a very good fight and it was also good that the crowd enjoyed such a hard-fought contest. We express our heart-felt congratulations to the Japan’s first WBO ASPAC champion Kondo.”
Promoter: Ichiriki Promotions. 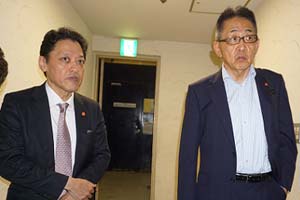