Results:   The WBO Lightweight Champion Terence Crawford retained the title with a unanimous decision over his contender Raymundo Beltran. 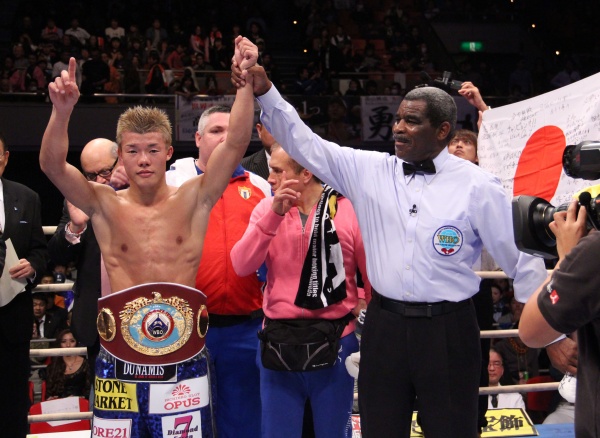 Tomoki, 22, proved faster and busier throughout the contest in his first defense since he dethroned Namibian Paulus Ambunda by a unanimous nod in Cebu, Philippines, this August.

It was a rather easy fight for Tomoki since he quickly took the initiative in round two, when he connected with a solid left hook and almost topped the 29-year-old Namibian, whose hand speed had been highly expected.  But Tomoki proved his hand was faster than the unbeaten challenger who had gained the WBO Africa belt and IBF international belts in the 118-pound category.

It was Tomoki that positively made his fight by throwing good jabs and body shots to the less aggressive African.  Naidjala, as tall as the champ, turned loose in rounds six and seven, when he landed a good right to the champ’s face as Tomoki looked temporarily less aggressive after his opening attack in earlier rounds.

From the eighth on did Kameda regain his rhythm in mixing it up to score with quick combinations in the close range.  His body attack looked effective enough to make Naidjala fading down the stretch.

The champ said, “I’m not satisfied with my performance.  I wished to finish this challenger, but couldn’t.  I’ll win in my next mandatory title bout.”  The top contender is Randy Caballero, 20-0, 12 KOs, NABO bantam champ from California, who may be a threat against the Japanese speedster.