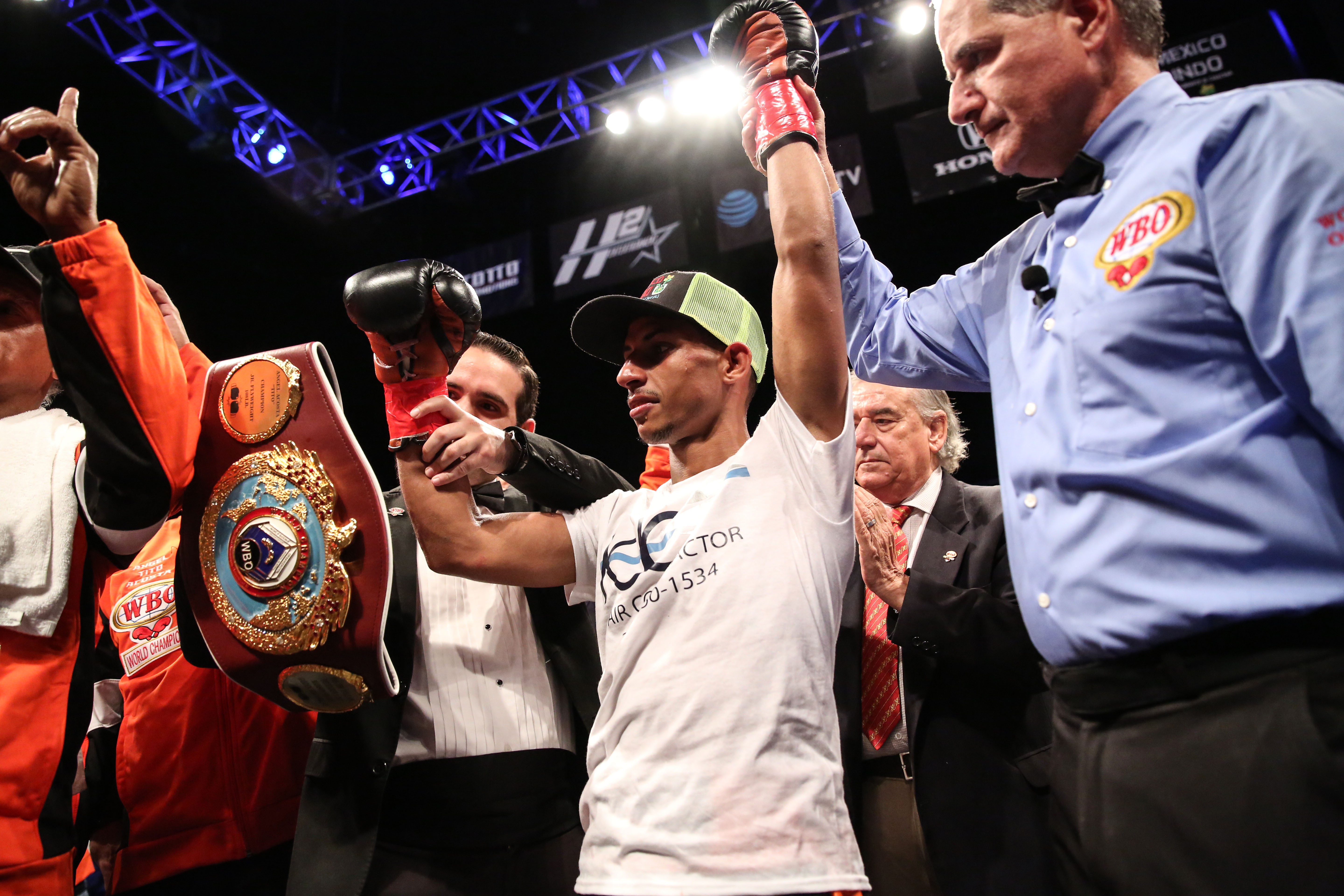 Puerto Rican knockout artist Angel “Tito” Acosta (18-1, 18 KOs) will defend his WBO Jr. Flyweight World Title for a second time as he takes on Mexican warrior Abraham Rodriguez (23-1, 11 KOs) in the 12-round main event of the Oct. 13 edition of Golden Boy Fight Night on Facebook Watch at The Joint at the Hard Rock Hotel & Casino, Las Vegas. The action will be streamed live globally on Facebook Watch via the Golden Boy Fight Night Page beginning at 6:00 p.m. PT/9:00 p.m. ET.

Acosta is a 27-year-old world champion who has won all of his fights by knockout. Acosta has knocked out fighters all over the country, including stoppage wins in New Jersey, Texas, Florida and New York. In 2017, Acosta traveled to Japan to take on Kosei Tanaka for a world title, and though he lost in what was a very tough fight, the native of San Juan, Puerto Rico returned in his very next fight to capture the WBO Jr. Flyweight World Title with a 10-round technical knockout victory against Juan Alejo in Dec. 2017.

“I feel happy to be making my second defense against a Mexican fighter,” said Tito Acosta. “I know that Mexicans always come to give a war. Abraham Rodriguez will come very well prepared, and I’m sure we will give a great fight between Puerto Rico and Mexico.”

Rodriguez is a 23-year-old native of Sonora, Mexico who remained undefeated in 22 fights after his making his debut in April 2013. The 108-pound pugilist scored all of his wins in Mexico, though suffered his first defeat earlier this year against Alejandro Villaseñor. Rodriguez bounced back in July against Jorge Miguel Hernandez, putting him in place for title contention on Oct. 13.

“I’m mentally and physically motivated for this fight,” said Abraham Rodriguez. “I’m going to come very well prepared to give a war, which is always what happens when you have a fight between the two countries of Mexico and Puerto Rico. I’m happy to have the chance to elevate the name of my country against a someone who I know will come prepared for a battle.”

“This is an exciting time for Puerto Rican boxers,” said Oscar De La Hoya, Chairman and CEO of Golden Boy Promotions. “There are many world champions from Puerto Rico right now, including Alberto Machado. We’re proud to work with Miguel Cotto Promotions to give a great platform to some of Puerto Rico’s world champions, so it’s a great pleasure to have Tito Acosta headline this Facebook Watch event.”

“I’m very excited to have Tito Acosta headlining in Las Vegas for the first time in his career,” said Miguel Cotto, President of Miguel Cotto Promotions. “He is a rising Puerto Rican star and has everything to become a successful name in boxing. I can’t wait to watch him perform in Las Vegas on Facebook this October 13.”

Acosta vs. Rodriguez is a 12-round fight for the WBO Jr. Flyweight World Title presented by Golden Boy Promotions and Miguel Cotto Promotions. Murtazaliev vs. TBA is a 10-round junior middleweight fight presented by Main Events and Golden Boy Promotions. The event is sponsored by Tecate, “THE OFFICIAL BEER OF BOXING” and Hennessy, “Never Stop, Never Settle.” The fights will take place on Saturday, Oct. 13, 2018 at The Joint at the Hard Rock Hotel & Casino, Las Vegas. The action will be streamed live globally on Facebook Watch via the Golden Boy Fight Night Page beginning at 6:00 p.m. PT/9:00 p.m. ET.