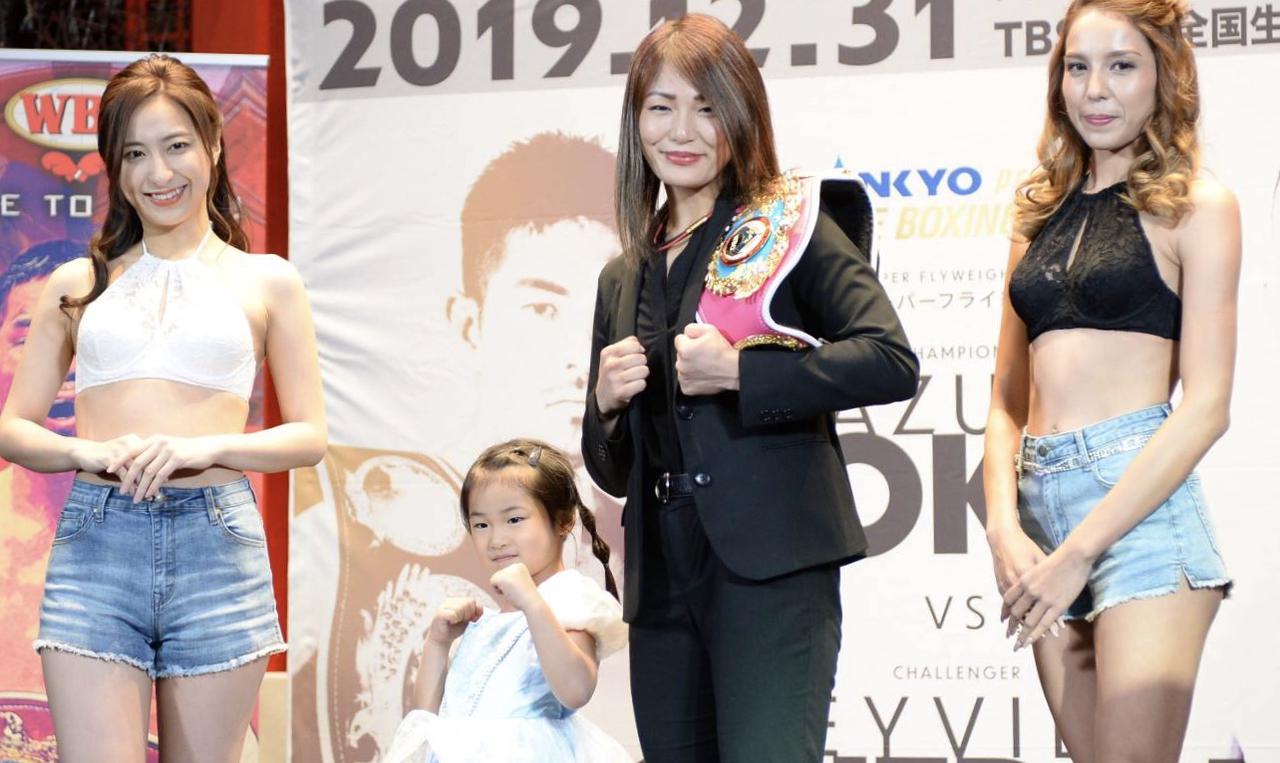 Earlier today at Haneda airport that was an event held to try and build attention for the final big show of the decade, a triple world title card in Ota-City General Gymnasium, Tokyo, Japan

Today the two were supposed to have a face off as part of the event, though unfortunately Shi’s arrival in Japan was delayed, leaving Yoshida, along with her 4 year old daughter, on the stage.

Yoshida sport about Shi being a strong fighter but believed she had the skills to win, and had practised hard. Her daughter, who had dressed like a character from Frozen, added that she wanted her mum to win, in scenes that were surprisingly cute for what was essentially a boxing press conference.

Despite have not yet scored a stoppage win Yoshida was tipped to score her first stoppage here by both Daisuke Naito and Takashi Uchiyama, who will be doing the commentary on Paravi for the bout.