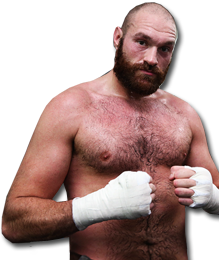 Having initially been denied the opportunity to fight for Ireland at the Olympic Games, he was permitted to represent both Great Britain and Ireland after tracing his family lineage to relatives in Belfast. Fury has represented both England and Ireland as an amateur, winning the ABAchampionship in 2008 before turning professional later that year. Currently undefeated, he is a two-time former British and English champion, a formerEuropean, Commonwealth and Irish heavyweight champion, as well as a former WBO Inter-Continental and WBO International heavyweight champion.