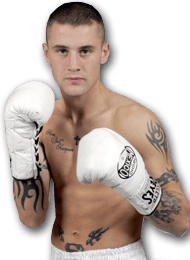 On September 4, 2010, Ricky Burns won his first and only (for now) title by defeating previously undefeated champion Roman “Rocky” Martinez by unanimous decision to claim the WBO Jr. Lightweight title. Burns reign as WBO Jr. Lightweight champion continues, having already made three title defenses. His three victims were Andreas Evensen by unanimous decision, Joseph Laryea retired after the 7th round, and Nicky Cook by technical knockout in the first round. Rumors say his next opponent is the undefeated WBO #1 contender, Adrien Broner, but there are indications that Burns may be moving up in weight. In his first fight at Lightweight, Burns faced Michael Katsidis for the vacant interim WBO Lightweight. After twelve round, Burns claimed the interim WBO Lightweight title by defeating Katsidis by Unanimous Decision.