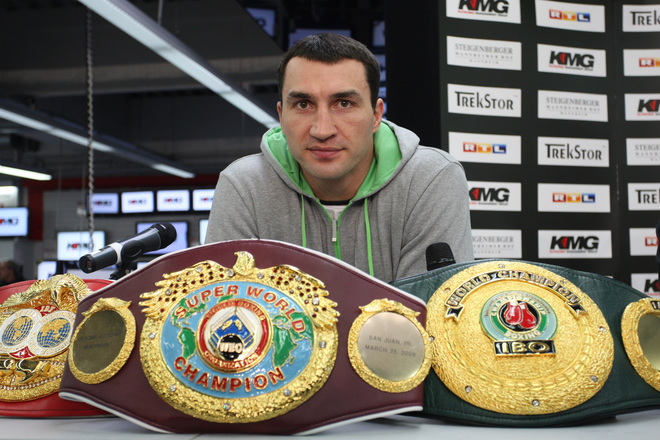 Wladimir Klitschko: “It Was The Worst Pain I Ever Experienced” WBO/WBA/IBF heavyweight champion champion Wladimir Klitschko is very upset with having to withdraw from this Saturday’s fight against Jean Marc Mormeck in Düsseldorf, Germany. There were was immediate concern when information leaked out over the weekend that Klitschko had been rushed to the hospital with abdominal pains. The boxer required surgery to remove a kidney stone.

Klitschko was scheduled to take part in a Monday final press conference, but he continued to feel sharp pains in his abdominal region and he also had a high fever. Local doctors advised him to withdraw and get a few weeks of rest. The fight with Mormeck is now possibly going to happen on March 3rd.

“I’m devastated. I suddenly had incredible pain. The worst I’ve ever experienced. I had perfectly prepared [for this fight] for seven weeks. Then I get knocked out [of the fight] by a small three-millimeter kidney stone. I am totally disappointed,” Wladimir said.