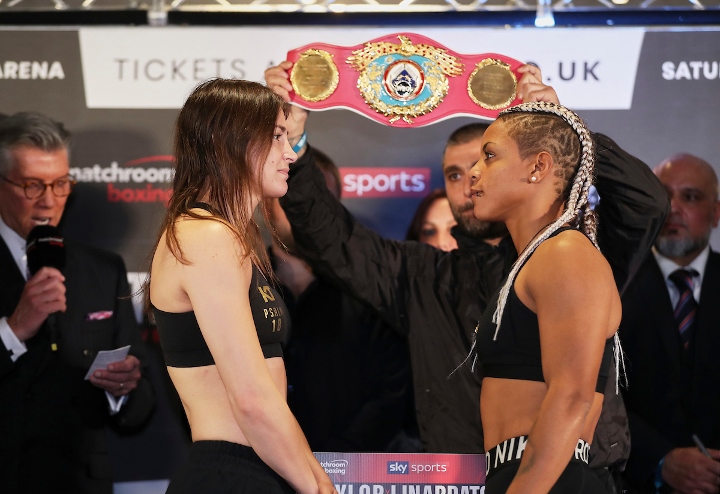 Katie Taylor weighed in heavier than champion Christina Linardatou as she stepped up a weight division to challenge for more gold.

Ireland’s Taylor was 9st 13lbs, a pound inside the limit and a pound heavier than Greece’s Linardatou.

It was a comfortable first weigh-in in a new division for Taylor who owns every major title at the 9st 9lbs weight, so is aiming to become a two-weight world champion.