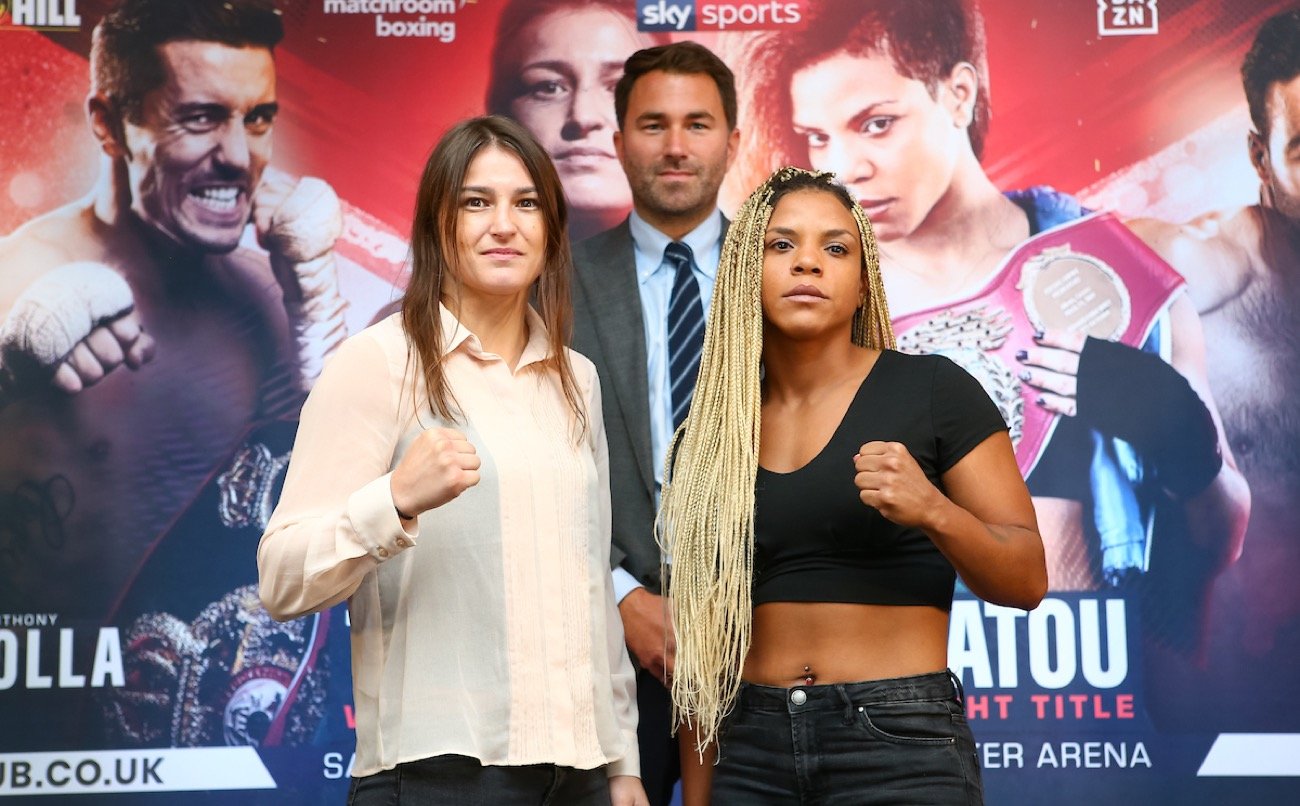 Katie Taylor says she is ready to create more history by becoming a two-weight World Champion when she faces Christina Linardatou for the WBO Junior Welterweight World title at Manchester Arena on Saturday November 2, live on Sky Sports in the UK and DAZN in the US.

Taylor (14-0, 6 KOs) completed her journey for Olympic gold to undisputed Lightweight World Champion with a thrilling points win over Belgium’s Delfine Persoon on the blockbuster Joshua vs. Ruiz card at Madison Square Garden on June 1.

In a landmark moment for women’s professional boxing, Taylor jumps up in weight to 140lbs to headline at the iconic Manchester venue, and the Irish star has her sights set on Matchroom Boxing stablemates Amanda Serrano and Cecilia Brækhus should she come through her latest test.

“This is a huge opportunity for me to become a two-weight World Champion and I’m ready to create more history for myself and my country,” said Taylor. “I’m very aware of the challenge that Christina brings. I do believe that she’s the best 140lbs in the division and I cannot wait for a very exciting and hard fight.

“It’s a new challenge moving up in weight, I’ve worked very hard in the gym to build up. You’ll see the very best of me and I’ll need to be on my game because I think Linardatou is the number one at 140lbs and she’s had some great wins in her career.

“It’s going to be a huge 12 months for me, but I have to get past Christina first. I only take one fight at a time and my focus is completely on this one. She brings a lot to the table and I’m very aware of the challenge. She is an excellent World Champion and it’s going to be a big test for me but one that I’m confident of overcoming.

“There are still so many huge fights out there for me like the Amanda Serrano fight, a rematch with Delfine Persoon and a fight with new Matchroom signing Cecilia Brækhus, but the first goal is November 2nd and winning another World title.”

Felix Cash believes that he is “levels above” Jack Cullen and is determined to prove it when they meet for the Commonwealth Middleweight crown at Manchester Arena on Saturday November 2, live on Sky Sports in the UK and DAZN in the US.

The unbeaten Wokingham talent (11-0, 7 KOs) landed the Commonwealth title in style by taking out Nigeria’s Rasheed Abolaji in the opening round of their clash at The O2 in February earlier this year but hasn’t fought since after an injury ruled him out of his July 6 date with Cullen.

Despite his opponent’s recent run of impressive form, Cash insists that he has more than enough in his armoury to deal with Cullen and has predicted that their eagerly-anticipated domestic showdown won’t go the scheduled 12 rounds.

“I’ve been looking forward to this fight for a while and now it’s time to deal with this fella in good fashion,” said Cash. “There are a few weaknesses in his game which I have seen and no disrespect to John Harding Jr but he’s no Felix Cash and if he stands and trades with me then he’s going to be in trouble and he will walk onto one.

“He works hard Cullen, he’s a grafter who throws a lot of shots but that suits me because he is going to be there to be hit, I don’t think that he will see the twelfth round. This is the perfect fight for me to come back and show everybody how good I am.

“He’s tall and he’s awkward but I do believe he has never been in with a man or a fighter like me of my calibre. No disrespect to him but he’s been chinned before and I plan on doing the same. He is a decent fighter but there are levels in boxing and I believe that I am levels above him.

“It doesn’t matter what stage it is or how many fans he has got, it’s only going to be me and him in between them four ropes and I’m going to show him that there are levels.”