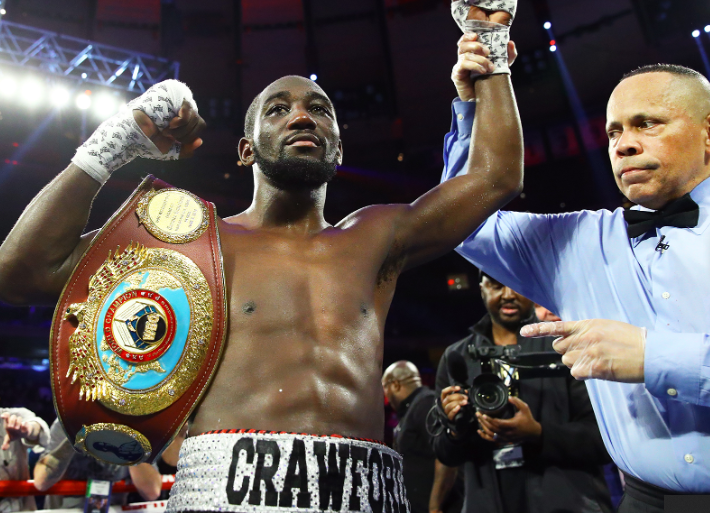 Egidijus “Mean Machine” Kavaliauskas was game, but pound-for-pound king Terence “Bud” Crawford was too much.

“I thought I had to entertain ya’ll for a little bit. He’s a strong fighter, durable, and I thought I’d give the crowd something to cheer for,” Crawford said. “I wasn’t hurt at all. I got up and went straight to him. I wasn’t hurt by no means. I walked through everything he threw all night.

“I’m not ducking anyone on the PBC side or Top Rank platform. I want to fight all the top guys.”

Kavaliauskas (21-1-1, 17 KOs) had some success early, even buzzing Crawford in the third round with a near-knockdown. Crawford rebounded, reloaded and dominated per usual, cementing his status at the top of the welterweight and pound-for-pound heap.