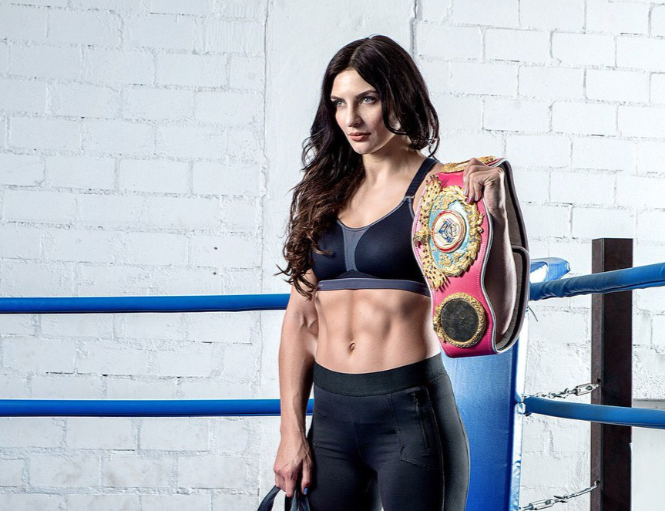 The long-discussed Claressa Shields-Christina Hammer fight finally has been scheduled.

Showtime announced Tuesday that the women’s middleweight title bout between these unbeaten champions is set for November 17 at Boardwalk Hall’s Adrian Phillips Theater in Atlantic City, New Jersey. The Shields-Hammer match will be broadcast as the main event of a special edition of Showtime’s “ShoBox: The New Generation” series.

They’ll fight for Shields’ IBF and WBA 160-pound championships, as well as Hammer’s WBC and WBO titles, in one of the biggest bouts in women’s boxing history. The winner will join ex-middleweight champions Bernard Hopkins and Jermain Taylor, former 140-pound champion Terence Crawford, cruiserweight champ Oleksandr Usyk and women’s welterweight champ Cecilia Braekhus as the only boxers to own the IBF, WBA, WBC and WBO titles at the same time.

“I’ve worked hard my whole life to overcome every obstacle, represent my country and win two Olympic gold medals, and win world championships in two weight divisions as a pro,” Shields said. “I want to be part of the biggest fight in women’s boxing history, I want to be undisputed world middleweight champion, I want women’s boxing to reach new heights, and the only thing standing between me and the achievement of all those goals is Christina Hammer. I will defeat Hammer on November 17, and I will do it in a way that will leave no doubt who is the best in the world.”

“I am beyond excited and motivated to fight Claressa,” Hammer said. “I am the best middleweight in the world and will make that point very clear when we get in the ring. It’s been my dream to fight in the biggest women’s fight of all time and raise women’s boxing to an all-time high. I will be crowned the undisputed middleweight queen on November 17.”

Tickets to the card headlined by Shields-Hammer range in pric from $35 to $150 and go on sale Friday (ticketmaster.com).

https://www.boxingscene.com/claressa-shields-christina-hammer-set-1117-atlantic-city–132167
Keith Idec is a senior writer/columnist for BoxingScene.com. He can be reached on Twitter @Idecboxing.