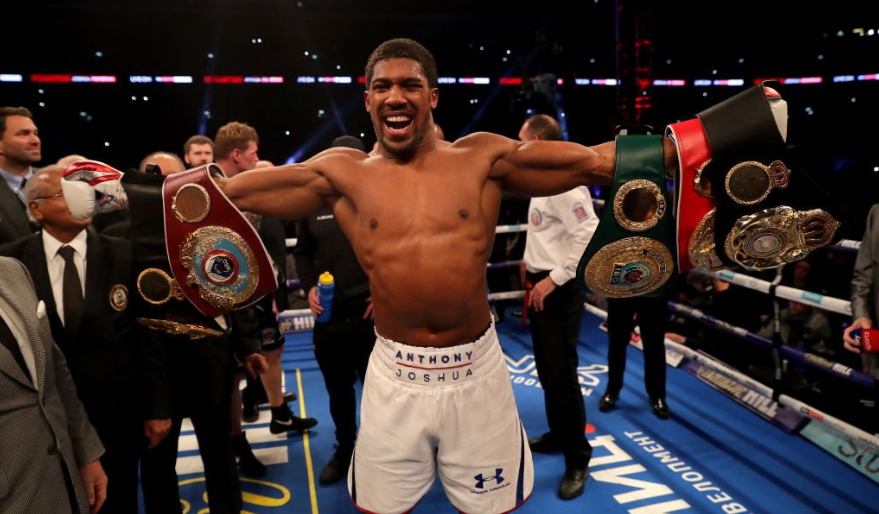 Anthony Joshua scored a spectacular seventh round knockout in a very hard fight against Alexander Povetkin to defend his world titles.

The win was ‘AJ’s 22nd in a row since he turned professional and saw him keep his IBF, WBA, WBO and IBO titles.

Povetkin started the stronger and seriously wobbled AJ at the end of the first round and appeared to break Joshua’s nose. Povetkin continued to throw punches with bad intentions in the early rounds.

The 39-year-old was having a lot of success before he was cut in the fourth round after a punch from Joshua.

Joshua started to control the range better with his jab whilst still taking the odd shot from his Russian challenger.

The end came when Joshua fired a rapid combination sending Povetkin tumbling towards the ropes and on his back in the seventh round. The Russian struggled to his feet and the referee allowed the fight to continue, but it was as good as over.

Joshua launched a barrage of powerful shots towards Povetkin’s stationary head, and the referee and Povetkin’s corner rushed to save him from more punishment.