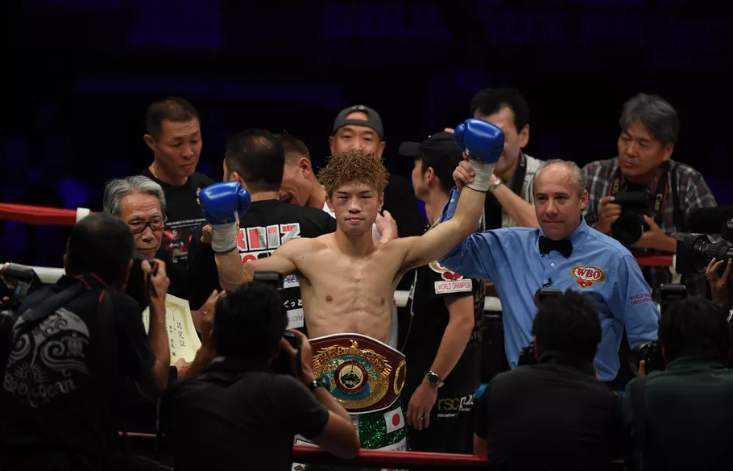 It was a far more entertaining fight than you might suspect on a glance at the scores, competitive throughout and 36 minutes of pretty blistering action. Taguchi (27-4-2, 12 KO) gave a great performance himself, but was just a bit outgunned against the younger man, as the 23-year-old Tanaka generally beat him to the punch and did more damage, though Taguchi, 32, did rock Tanaka a bit in the third round, which was his best of the fight.

The hits kept coming on through the 12th and final round. The outcome was never particularly in doubt, but Taguchi also never gave up on the fight, and the respect shown by Tanaka after it was over spoke volumes.

Tanaka is a three-division titleholder already, having won belts at 105 and 108 before his 112-pound title win over Sho Kimrura last September. He’s one of the best young fighters in the sport right now.

The loss is Taguchi’s second in a row, following a defeat in May of last year against Hekkie Budler, who took Taguchi’s 108-pound title, which he had held since 2014.