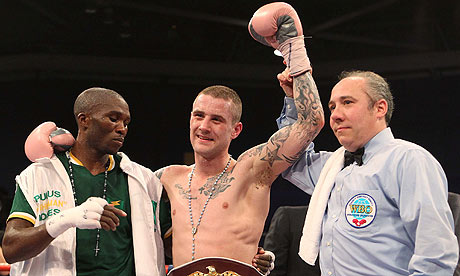 Ricky Burns’ defence of his WBO lightweight title will take place at London’s ExCeL on December 15.

The Scottish boxer, who knocked out Kevin Mitchell to retain the belt last month, will learn his opponent later this week.

Various names have been touted for Burns’ next fight, including the current British and EBU lightweight champion Gavin Rees.

The 29-year-old recently retained his title in front of a home crowd at Glasgow’s SECC, defeating Kevin Mitchell courtesy of a fourth round stoppage.