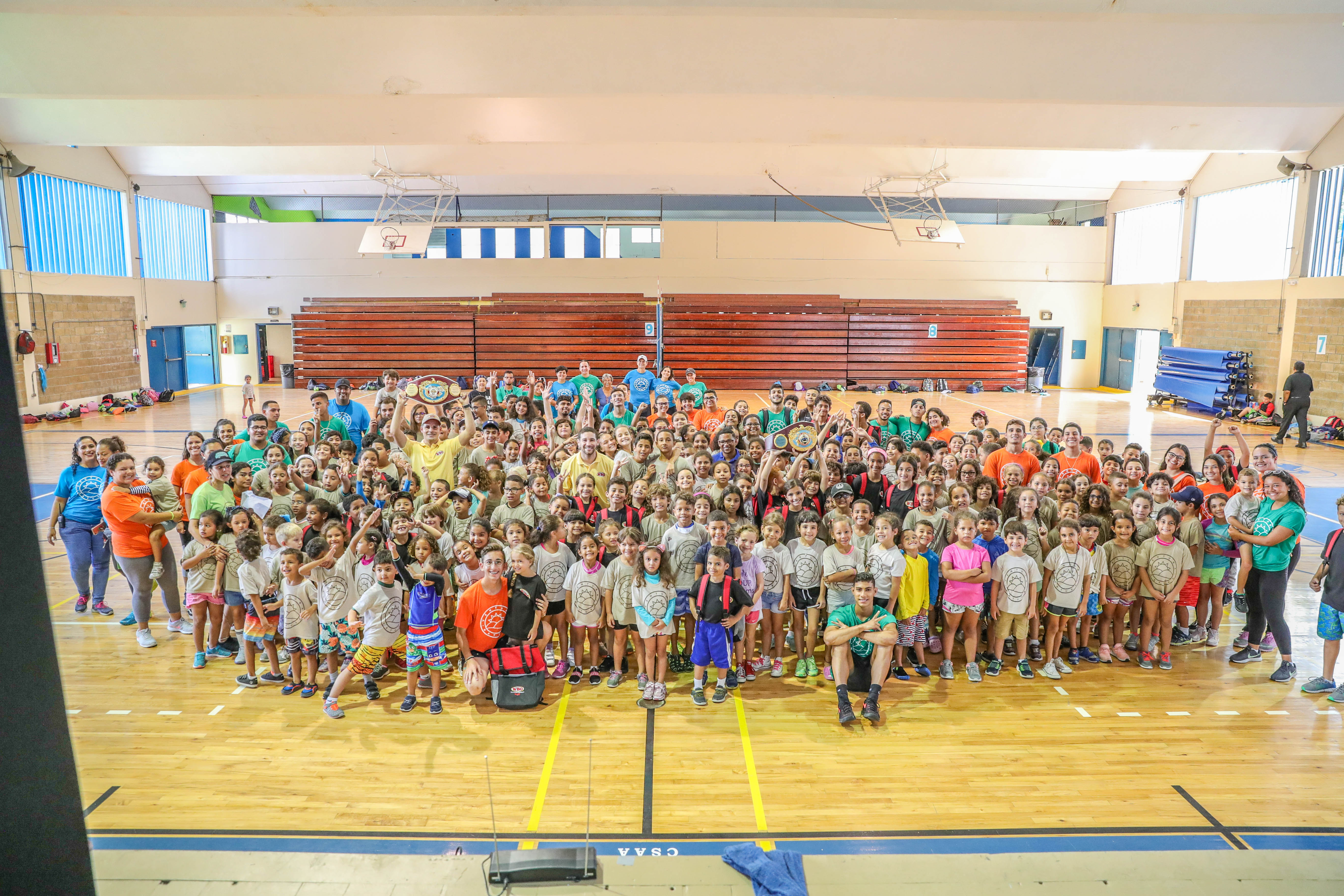 In a festive atmosphere, the World Boxing Organization (WBO), through its successful WBO Kids Drug Free program, delivered, school supplies, and sporting goods to the children of the Pediatric Diabetes Foundation, and Ventura Natura Camp at the San Antonio de Abad school, located in the city of Humacao, Puerto Rico.