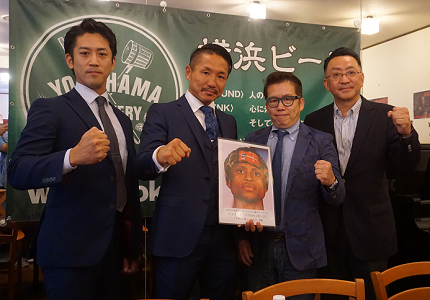 The Japanese fighter spoke about how he’s enjoying boxing more in the last year or so, and despite being 37 it does seem like he’s in the form of his career with recent wins over Kinshiro Usui, Hinata Maruta and Brian Lobetania. That sort of run will have filled the OPBF Super Bantamweight champion with real hope ahead of the bout with Dogboe.

Since losing to the then WBA champion Scott Quigg in 2014 Otake has surged, winning 9 in a row. That seems to have been down to his trainer who has focused on Otake’s physical improvements and improving his eating habits, as well reducing his working hours in preparation to fights. Something that seems to have done him the world of good.

​Otake seemed fully aware of Dogboe’s strengths, and is looking to work on counter measures for the power and speed of the champion. It seems clear he knows he’s the under-dog, though if he can win he would set a new Japanese male record, for the oldest man to win a world title, breakign the previous record of Hozumi Hasegawa, who claimed his third title at the age of 35 years and 9 months.