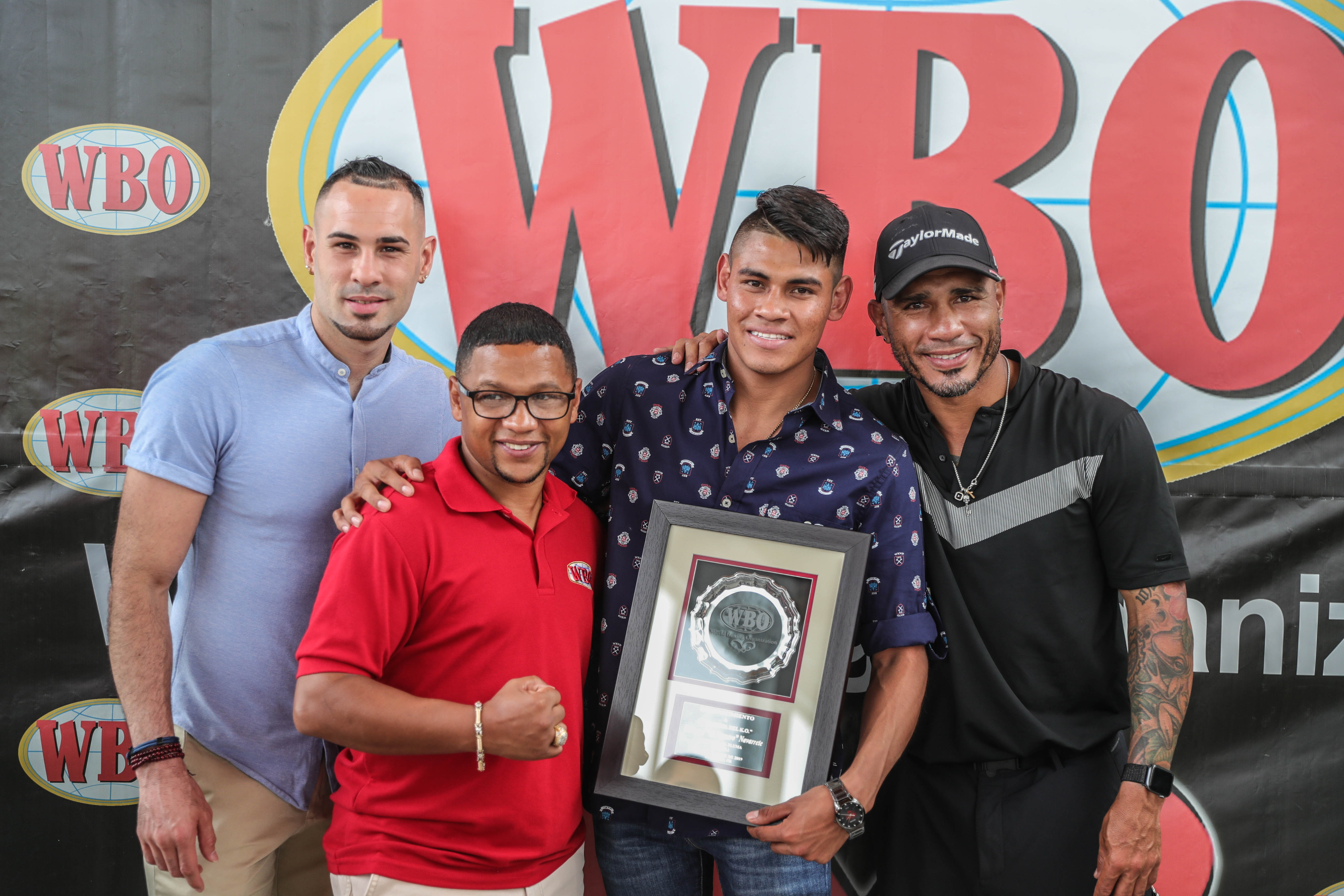 GUAYAMA, Puerto Rico – Current Junior Featherweight Champion Emanuel ‘El Vaquero’ Navarrete was recognized by the World Boxing Organization (WBO) today, during the 22nd Annual WBO Golf Tournament at ‘El Legado Golf Club’ in Guayama. This edition of the annual golf competition serves as preamble to the Thirty-Second Annual WBO Convention, which will be held in the city of Tokyo, Japan, from December 2 until Thursday, December 5, 2019.

Navarrete, who has successfully defended his title three times this year, winning all by knockout said, “I’m very happy to be here in Puerto Rico with the WBO. I will continue working hard to continue defending the title and I hope to continue climbing divisions. I hope to continue fighting for the WBO as they were the first to give me the opportunity to be world champion.”

“When I mentioned on social media that Navarrete is the best 122 pounds in the world, many criticized me but now time proved me right,” said WBO president Francisco ‘Paco’ Valcárcel Mulero. “Navarrete has the punch of Wilfredo Gómez when he was at 122 pounds and we know he will continue to give much to talk about. The sky is the limit for him.”

Winners of the Golf tournament:

In addition, the Sportsmanship Award went to Andrew Horn, Esq.

The event was to benefit the successful global program ‘WBO Kids Drug Free’.

For more information related to the WBO Convention, access: www.wboboxing.com