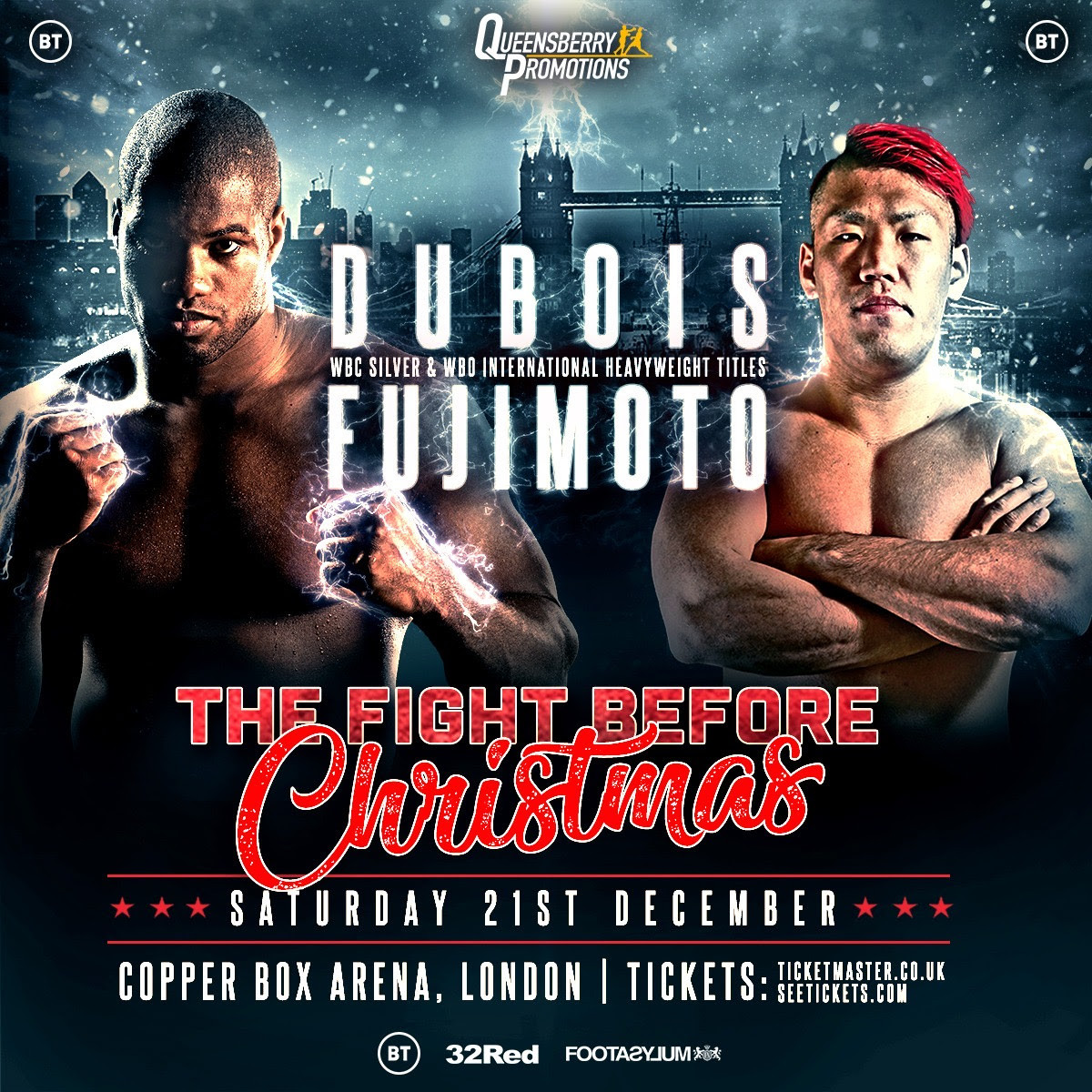 The 22-year-old heavyweight destroyer, London’s Daniel “Dynamite” Dubois, will look to close out his breakthrough 2019 in devastating fashion Saturday from the Copper Box Arena in his hometown against Japan’s Kyotaro Fujimoto.

The 12-round bout will be contested for Dubois’ WBO International heavyweight belt, with the winner positioning himself for a potential world title opportunity in 2020.

Dubois (13-0, 12 KOs) is 4-0 in 2019, and his fights — all of which have streamed live on ESPN+ — have lasted a total of 12 rounds. He began his 2019 campaign with a second-round KO of former world title challenger Razvan Cojanu in March and followed that up with a four-round slugfest the following month against Ghanaian veteran Richard Lartey. Dubois captured British title honors in July with a fifth-round stoppage over fellow unbeaten Nathan Gorman and dominated Ebenezer Tetteh in 2:10 to pick up the vacant Commonwealth crown in September. Fujimoto (21-1, 13 KOs) is unbeaten in 16 fights dating back to 2012 and has won his last five via stoppage.

Liam “The Machine” Williams (21-2-1, 16 KOs), who is riding a five-bout winning streak, will fight 6-foot-4 American contender Alantez Fox (26-1-1, 12 KOs) in a 12-round for the WBO Inter-Continental Title. Fox has won three straight since a 2017 decision loss to current WBO middleweight world champion Demetrius Andrade.

It is one of many fights currently scheduled on the bumper bill that also includes the heavyweight collision between Daniel Dubois and Kyotaro Fujimoto for the WBO International title and for the vacant WBO Inter-Continental Middleweight Championship Liam Williams going up against the American Alantez Fox for the right to fight for the WBO world middleweight title.

Sharp, 17-0 (9KOs) is on a roll since parting the previously unbeaten champion Lyon Woodstock from his belt in Leicester in October of last year. Injury prevented immediate title progression before he got back in the swing with a second round stoppage of Sergio Gonzalez at Wembley in April and he proceeded to make a first defence against the tough Scot Jordan McCorry at the o2 Arena in July, where he recorded a convincing points victory.