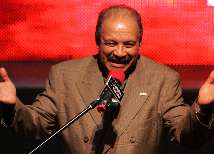 The World Boxing Organization on Wednesday announced it has assigned five judges to re-score Manny Pacquiao‘s controversial loss by decision to Palm Springs’ Timothy Bradley in an effort to convince state commissions to widen the pool of judges for major fights.

Although many at ringside for Saturday’s fight gave Pacquiao between nine and 11 rounds, judges Duane Ford and C.J. Ross scored the bout 115-113 (seven rounds to five) in Bradley’s favor, and a third Nevada judge, Jerry Roth, had it 115-113 for Pacquiao in the WBO welterweight title contest.

WBO President Francisco “Paco” Valcarcel said five judges, from New Jersey, Connecticut, Florida, Pennsylvania and Puerto Rico, will re-score the bout and submit their work confidentially to the WBO, with the scores to be gathered by Monday.

Valcarcel said that armed with that information, he will submit to the Assn. of Boxing Commissions by its July meeting a request that state commissions such as Nevada’s work more diligently to bring in judges from outside their states for fights of the magnitude of a world title contest.

Before the Pacquiao-Bradley judges were assigned by the Nevada State Athletic Commission, Valcarcel said he submitted a list of 20 judges from elsewhere who could be assigned to the bout. None were chosen.

“We’re asking the ABC to make recommendations how a sanctioning body like ours can work better with a state commission, to use this experience to have better scoring in the future,” Valcarcel said.

Valcarcel said he is not considering stripping the WBO belt from Bradley, and will not order a mandatory rematch, because Pacquiao’s contract stipulates he would get a rematch if he lost the bout. In promoting the fight, Bradley had printed up a poster and ticket hyping Bradley-Pacquiao II on Nov. 10.

“This wasn’t Bradley’s fault, and we’re not saying there was any evidence of fraud or corruption here,” Valcarcel said. “That’s outside the scope of what we’re doing.”

He said he’s also not questioning the integrity of Ford or Ross.

“There are excellent judges available internationally, and they should be considered,” Valcarcel said. “We’ve done it here in Puerto Rico, bringing in judges from Nevada.”