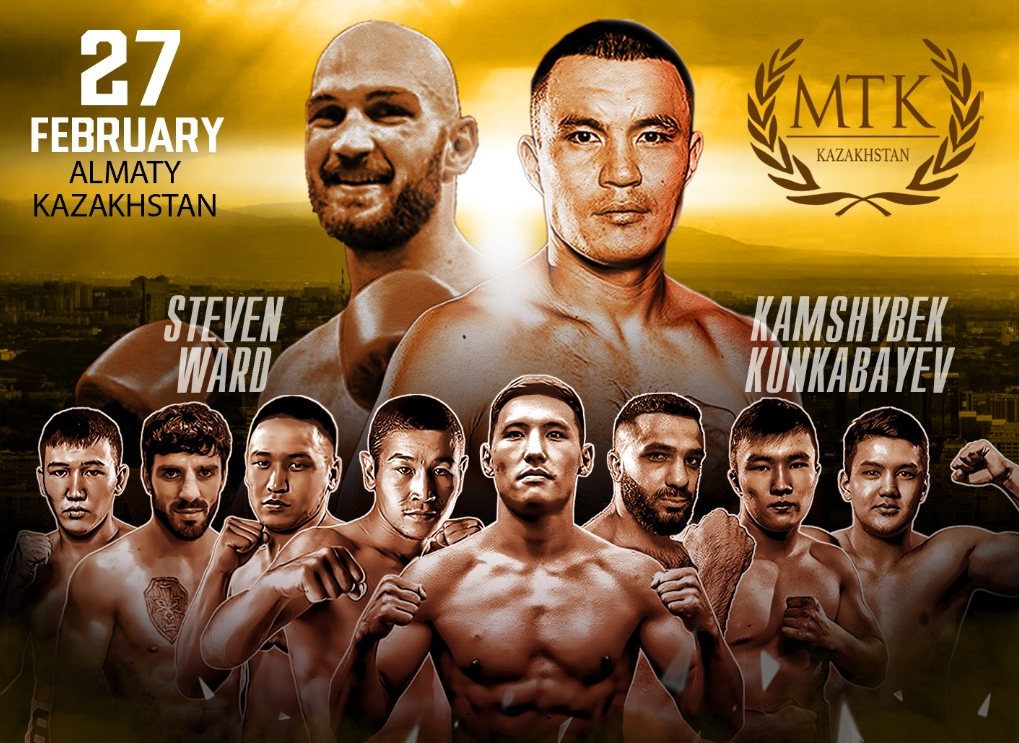 The event takes place at the Tynyshpayev Academy of Transport and Communications in Almaty, and will be broadcast live in the US on ESPN+ in association with Top Rank, and worldwide on IFL TV.

The Kazakh fighter has been just as dominant since entering the paid ranks, picking up a TKO win over 20-1 opponent Issa Akberbayev in his debut last August, before following that up by becoming the first man to stop Serhiy Radchenko in December.

Elsewhere on next month’s card, Janibek Alimkhanuly (9-0, 5 KOs) makes his much-anticipated return to his home country for the first time since 2017, as he looks to build on the incredible performances he has produced in the United States in recent years.

Head of MTK Kazakhstan Askar Salikbayev said: “We’re delighted to be bringing this amazing event to Almaty next month, featuring a superb main event between Steven Ward and Kamshybek Kunkabayev.

“Kunkabayev is an incredible talent, and faces a tough test against Ward, who deserves a lot of credit for coming to Almaty for this fight.

“There are also some superb boxers on the undercard, including Janibek Alimkhanuly, Nurtas Azhbenov, Hovhannes Bachkov, Talgat Shayken and more, so I am very excited for this card.”