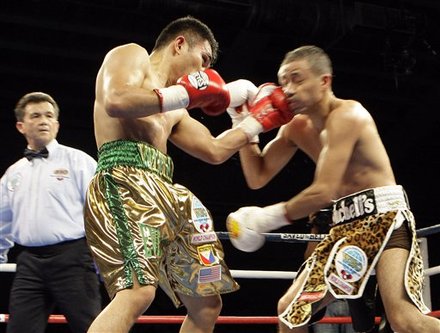 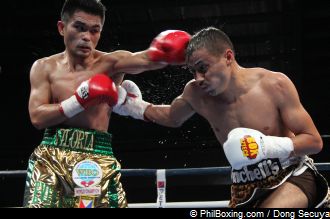 Segura, who attacked from a southpaw stance, had Viloria on the back foot in the opening minutes of the fight but Viloria’s left hook began to find its range going into the second round. Viloria stunned Segura with a right hand lead followed by a left hook and had Segura on the ropes twice. Viloria bled from a cut on the left eyebrow but Segura looked dazed and confused at the end of the round.

A hematoma started to form on the Mexican’s right temple as Viloria’s left landed with impunity in the subsequent rounds. Segura continued to press the action but missed wildly. His power was evident as Viloria covered up and winced as Segura’s hooks connected.

The partisan crowd cheered for every punch Viloria threw. Past the halfway mark, the swelling on the right side of Segura’s head got bigger and his right eye would eventually get affected and started to close as well. Segura was still dangerous but Viloria, with blood continuing to leak from his cut, pressed his advantage by landing hard shots.

The crowd was in a frenzy sensing a Viloria victory. Segura faded and after the 7th, referee Samuel Viruet checked and talked with the Mexican cornermen. 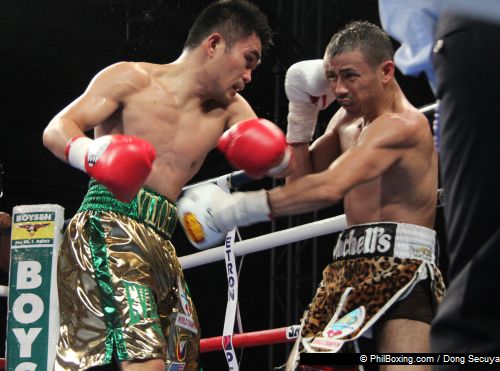 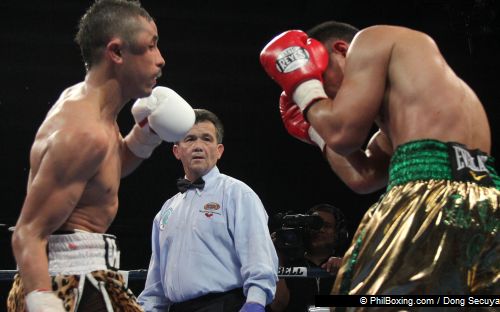 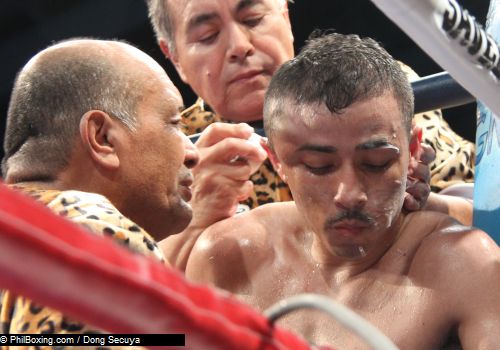 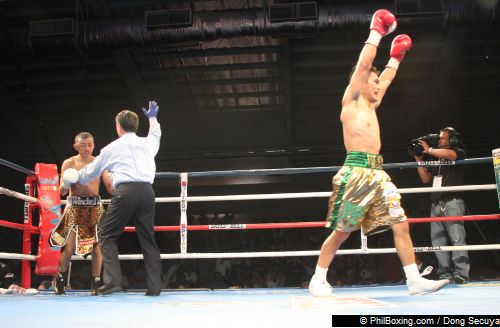 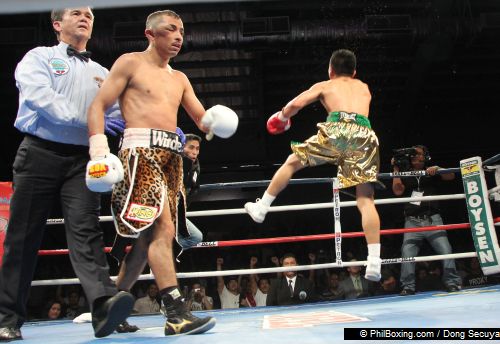 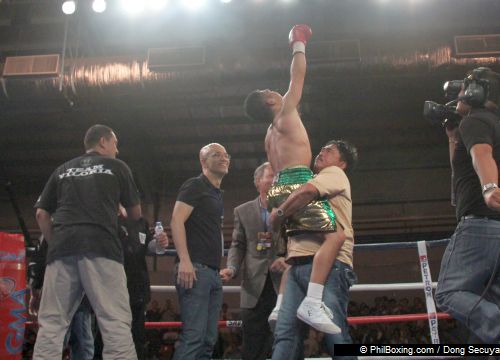 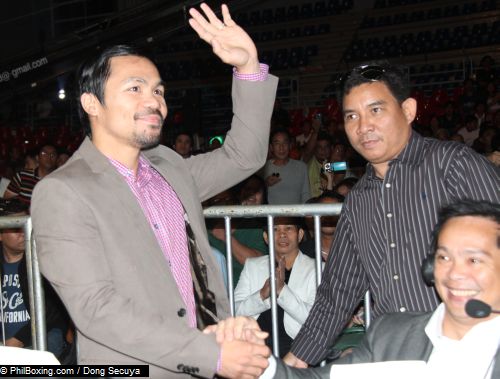 Segura answered the bell for the 8th round but Viloria pounced on him with a brutal volley prompting Referee Viruet to save the challenger from further punishment. Official time – 0:29.

Viloria (30-3, 17 KO’s) finished with a swollen left cheek aside from his cut. But he made sure he would retain his title in front of boxing icon Manny Pacquiao and former two-division world champ Gerry Penalosa and lustfully cheering fans who trooped to Pasig on a Sunday morning.

Segura (28-2-1, 24 KO’s) was ranked ninth by Ring magazine in their pound for pound list prior to this bout. Viloria’s win makes three Filipino boxers on that prestigious list by year’s end.