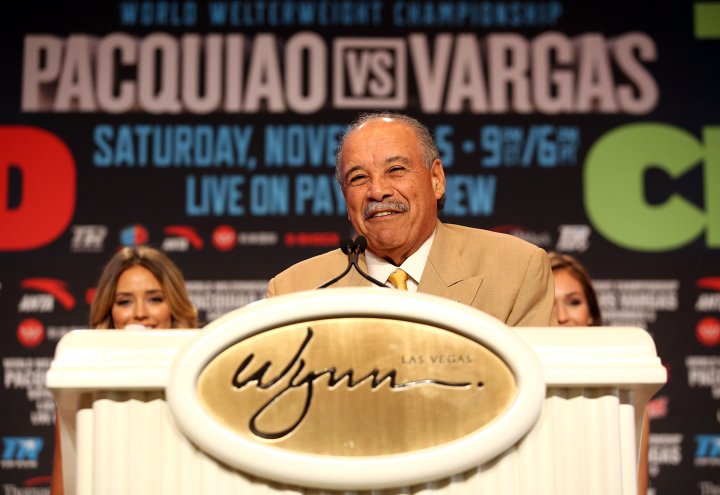 While Pacquiao will be looking to become a three-time WBO welterweight champion as well as the first senator to win a world title, Vargas will be resolute in enforcing a term limit on the future Hall of Famer’s boxing career.

Pacquiao vs. Vargas takes place This Saturday!  November 5 at the Thomas & Mack Center, on the campus of the University of Nevada, Las Vegas.  Pacquiao vs. Vargas and its three co-main event world title fights will be produced and distributed live by Top Rank® Pay-Per-View, beginning at 9:00 p.m. ET / 6:00 p.m. PT, and will be available on all conventional platforms, including all major cable and satellite systems, as well as Top Rank’s digital distribution via www.TopRank.tv and  mobile devices.

The pay-per-view telecast will open with the rematch between top-rated contenders Chinese Olympic icon ZOU SHIMING (8-1, 2 KOs), from Guizhou, China, and PRASITAK PAPOEM (39-1-2, 24 KOs), of Buriram, Thailand, battling for the vacant WBO flyweight world title.  Zou a two-time Olympic gold medalist trained by Freddie Roach, will have his hands full against Prasitak, who enters this fight riding a two-year, 12-bout winning streak, with all of his victories coming by way of knockout.