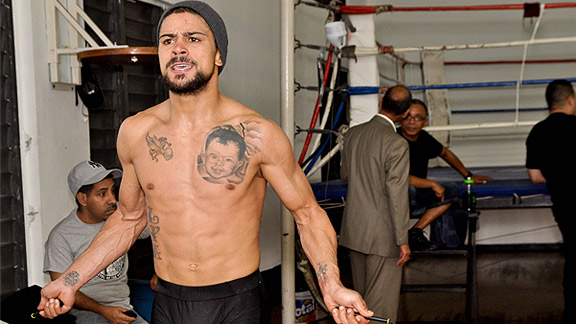 Vazquez Jr: Donaire is Not Invincible or Manny Pacquiao Former super bantamweight champion Wilfredo Vazquez Jr. (21-1, 18KOs) believes he is one week away from shocking the boxing world on February 4th in San Antonio, Texas – when he faces Filipino Nonito Donaire (27-1, 18KOs) for the vacant WBO title. HBO will televise. Vazquez feels that he corrected his mistakes from last May, when Jorge Arce knocked him out in the twelfth round of their Las Vegas clash.

“I prepared myself thoroughly and that’s why I stayed away from the media. I was alone in my gym. I changed my train schedule and included many new people to my team. And now I have no concerns. The pressure is on Nonito Donaire. The only ones I care to trust around me are my wife, my daughter and my team,” he said.

Vazquez respects Donaire and credits him for being a great athlete, but he also says the Filipino boxer is not invincible and although many people are trying to project him as such – he is not another Manny pacquiao either.

“It’s a great opportunity and he is a great athlete but not invincible. Everyone wants to imitate Manny Pacquiao and that is a big mistake. I have seen thousands of fighters and I have not seen anyone who can move in the ring like Edwin “Chapo” Rosario. These are qualities that life gives to one person to have originality. And I am calm and at peace. I’m going to surprise everyone, even the people who want to see me lose. I am ready to prove people wrong,” Vazquez said.