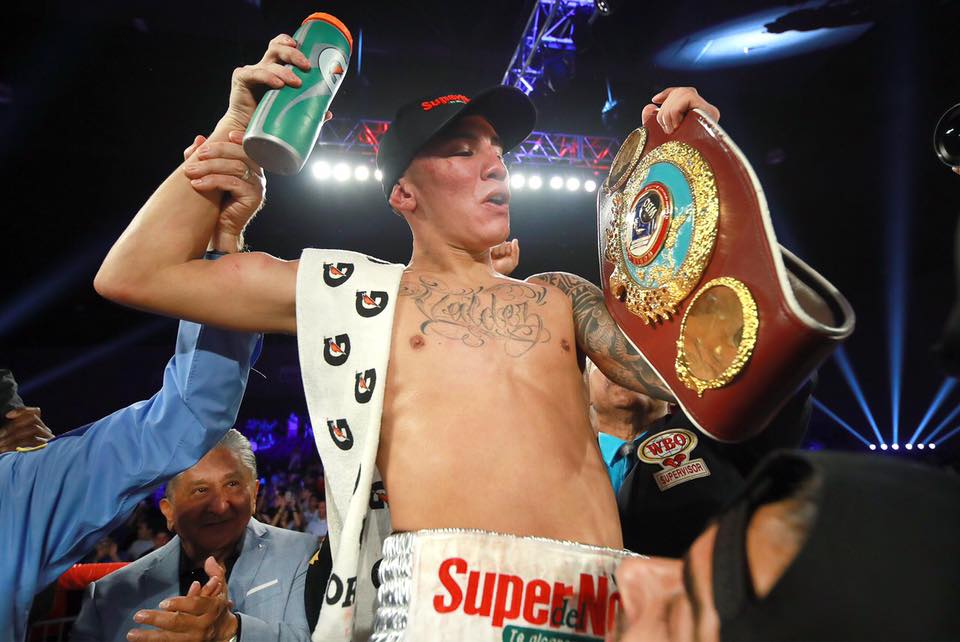 For the third time in his WBO featherweight world title reign, Oscar Valdez turned away the challenge of a previously undefeated fighter. Valdez, a two-time Olympian for his native Mexico, defeated Albuquerque product Jason Sanchez via unanimous decision to defend his world title for the sixth time.

The scores — 118-109 2x and 117-110 — were reflective of the action, but Sanchez, appearing in his first world title contest, made the longtime champion work for the victory.

Valdez (26-0, 20 KOs) knocked down Sanchez with a lead left hook to open the fifth round and played the role of boxer-puncher throughout the evening.

Sanchez (14-1, 7 KOs) was game, but he did not have an answer for Valdez, who has become a less of a brawler and more of a defensive-minded, catch-and-shoot tactician under the guidance of trainer Eddy Reynoso.

“I hope {to fight at featherweight again}. I also have to listen to my body. We’re going to see what’s best,” Valdez said. “Sometimes I get tired in there, and I’m not sure if it’s because of the weight loss. We’ll talk about {my next move} as a team and will do what is best. I want to fight everybody at 126, 130. Let’s do it.”

“Sanchez lacked experience, but he showed tremendous guts. Oscar Valdez fought him back and showed his championship heart,” said Top Rank chairman Bob Arum. “We’re going to look for a fight later on in the year between Valdez and Carl Frampton if Frampton is successful in his next fight.”