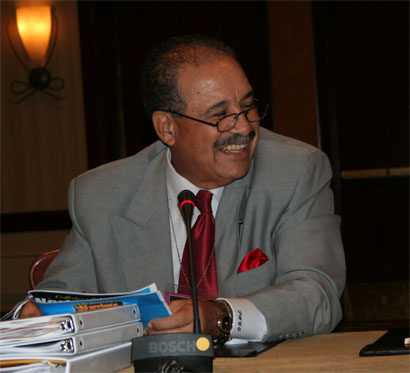 WBO President, Francisco Valcarcel clarifies the reasons which lead to the sanction of the Nathan Cleverly vs. Robin Krasniqi bout scheduled for April 28, 2012 at the Royal Albert Hall in Kensington, London, despite having previously said that it would not be sanctioned because Nathan Cleverly had to face the mandatory challenger.

Unfortunately though, #1 ranked Dmitry Sukhotsky has managerial issues. He has three different promoters calling the shots for his fights.  Meanwhile, the actual promoter who was awarded the judgment, the boxer doesn’t even want to deal with.  This entire issue is not conducive to anyone attempting to negotiate a contract.

Then, there’s the #2, Braimah Kamoko…  Back in 2006, the BBB of C did not allow Mr. Kamoko to fight in the UK due to cataracts.  He was supposed to resubmit his medical documents.  The WBO attempted to get him approved by the BBB of C, but unfortunately UK’s doctors, denied the necessary permission that would have allowed him to fight in their country.

The sanction given to Cleverly – Krasniqi has the provision that the winner must face the mandatory challenger designated by the WBO within 90 days from the date of the bout; i.e. April 28, 2012.  The WBO has yet to advise the parties who the mandatory challenger will be.  President Valcarcel says that Bernard Hopkins has not been designated the Mandatory Challenger. The WBO has not designated anyone yet so all rumors regarding a Cleverly – Hopkins bout sometime in the summer is just that – rumors.