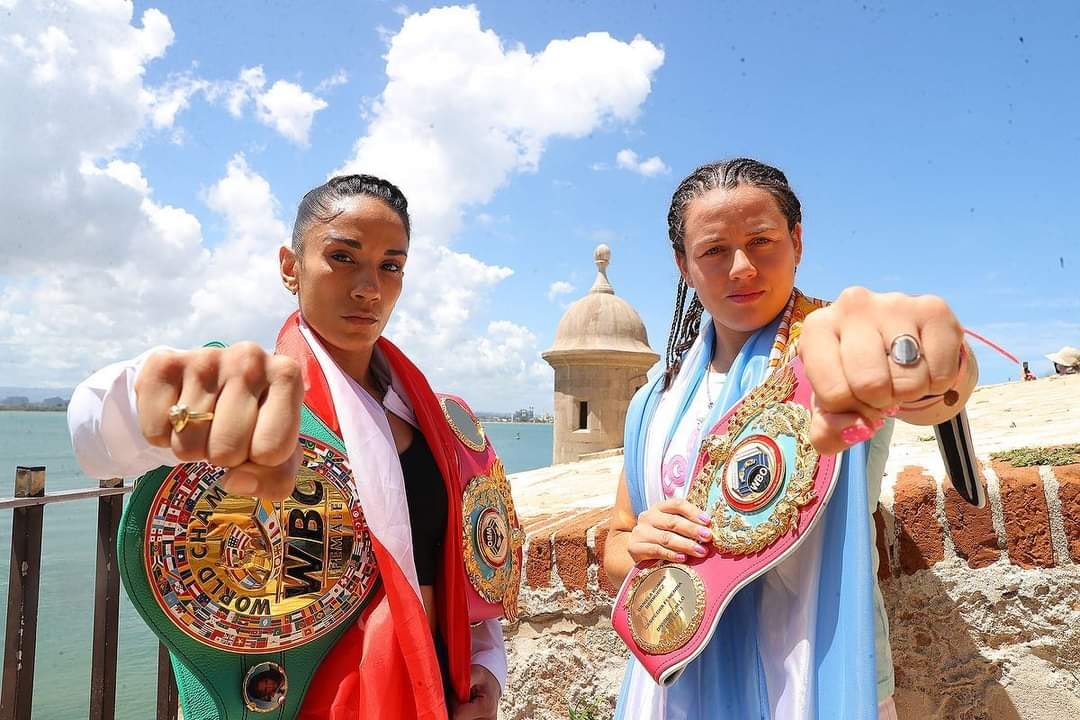 One of the women’s boxing premier fighters makes her 2021 debut on Thursday night.

Serrano, a seven-division world champion, captured the vacant interim WBC and WBO belts in a lopsided unanimous decision victory over Heather Hardy in September 2019. Since losing to Frida Wallberg in April 2012, Serrano has gone on an unbelievable run, having won 25 consecutive fights with 20 of those coming inside the distance. The native of Puerto Rico last fought in December, beating Dahiana Santana via first-round TKO.

Like Serrano, Bermudez, a former three-division world champion, is on a tear of her own. She’s gone unbeaten in 14 straight contests (13-0-1) with five of those wins coming via stoppage. Bermudez earned the crack at Serrano by defeating Cintia Gisela Castillo 12 days before Serrano fought via 10th-round TKO.

Can Serrano prove why she’s one of the premier female boxers in the world? Can Bermudez pull off the upset? Someone’s winning streak is going to go.

Whose streak is going to disappear?

Here is everything you need to know about Amanda Serrano vs. Daniela Bermudez.

WHAT TIME IS AMANDA SERRANO VS. DANIELA BERMUDEZ
Date: Thursday, March 25
Time: 9 p.m. ET (main card)
Main event: 11:30 p.m. ET (approximate)
The main card begins at 9 p.m. ET. Serrano and Bermudez are expected to make their ring walks about 11:30 p.m. ET, although the exact time depends on the length of the earlier bouts.

WHERE IS THE SERRANO VS. BERMUDEZ FIGHT?
Serrano will fight Bermudez at Plaza del Quinto Centenario in San Juan, Puerto Rico. It will mark the first time Serrano and Bermudez compete at the venue.