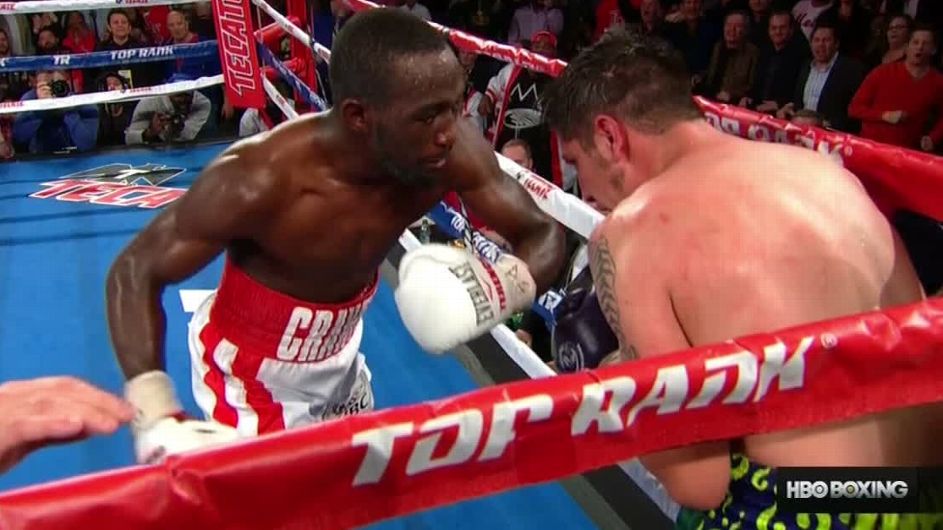 Crawford retained his WBO and WBC junior welterweight titles. Molina didn’t make the 140-pound weight Friday, and if Crawford had been upset, the titles would have been vacated.

Crawford was in control all the way and finished off Molina moments after Molina raised his hands, as if to ask for more as the champion landed a flurry of punches. A shot to Molina’s midsection backed him into the corner, and Crawford then unloaded repeated shots to the head and body, causing Molina to go down. Referee Mark Nelson stepped in to stop the fight at the 2:32 mark.

The 29-year-old Crawford (30-0, 21 knockouts) came out in an orthodox stance but quickly switched to southpaw. Molina was on defense early, with Crawford landing a left to the head and then a right that staggered him. Molina walked into a right to the head in the second.

Crawford went mostly untouched, but Molina did land a hard right to the head in the third. From there, Crawford mixed in his jab while connecting often with punches to the head and body.

Crawford beat previously undefeated Viktor Postol by unanimous decision in July in Las Vegas to unify the 140-pound titles, and Crawford continues to hold out hope that he gets a shot at Manny Pacquiao before the Philippine boxer retires. The fight against Crawford lost much of its luster when Molina weighed in at 143.4 pounds on Friday, disqualifying him from winning the titles.

In the co-main event, former world title contender Ray Beltran knocked out Mason Menard 51 seconds into the seventh round to win a pair of regional lightweight titles.

Beltran (32-7-1, 20 knockouts) began asserting himself after the second round. Beltran left Menard (32-2, 24 knockouts) woozy with a flurry at the end of the sixth. His left to the right cheek laid out Menard, and Nelson stopped the fight.

Menard, who had won 30 straight fights, stepped in for the injured Juan Diaz on the card. Beltran had won twice since stopping Takahiro Ao in May 2015, but that fight was changed to a no-decision after Beltran failed a post-fight drug test.