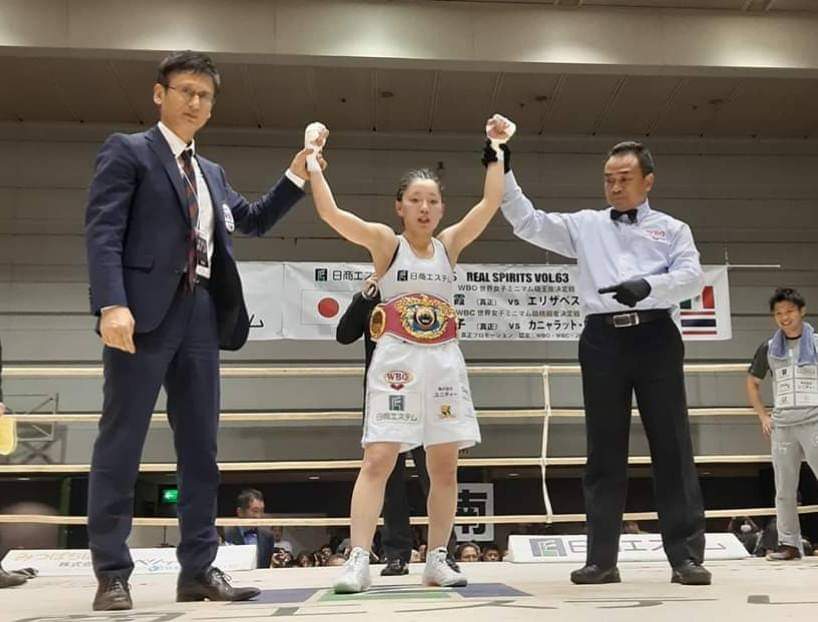 Unbeaten Japanese female prospect Kasumi Saeki (4-0, 3 KOs), 103, acquired the vacant WBO 105-pound belt as he defeated Mexican Elizabeth Lopez (6-2-4, 1 KO), 104.75, by a well-received stoppage by the third man at 1:05 of the sixth round in a scheduled ten on Saturday in Osaka, Japan. Saeki, a taller boxer-puncher with her good footwork, dropped the much shorter but sturdy Mexican twice—one in the fifth and again in the fatal sixth.