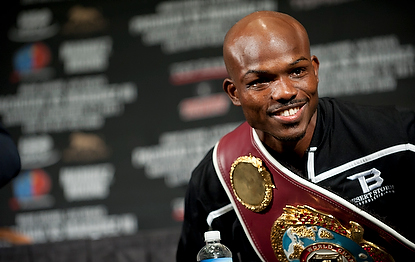 The fight wasn’t easy on the eyes. Casamayor would grab and hold every single time he got tagged. Bradley, inactive since January’s decision win over Devon Alexander, looked sharp but the Cuban veteran wasn’t an easy target. Casamayor was moving, grabbing on the inside, and using the ropes to slide away from combinations.

Bradley was starting to land his punches in the fourth, with Casamayor staying away once hit. In the fifth, Bradley dropped Casamayor with a hard hook to the body. Casamayor made it up, with Bradley continuing to work the body and following up with combinations to the head. At the start of the sixth, Casamayor went down again but the knockdown wasn’t clean and looked more like a slight shove. Bradley closed the round by ripping combinations to Casamayor’s body.

During the eight, Bradley was ripping Casamayor to the head and punishing the Cuban to the body. In the final ten seconds, another shot to the body forced Casamayor to take a knee. At that point, Casamayor’s trainer, Miguel Diaz, entered the ring to wave it off.