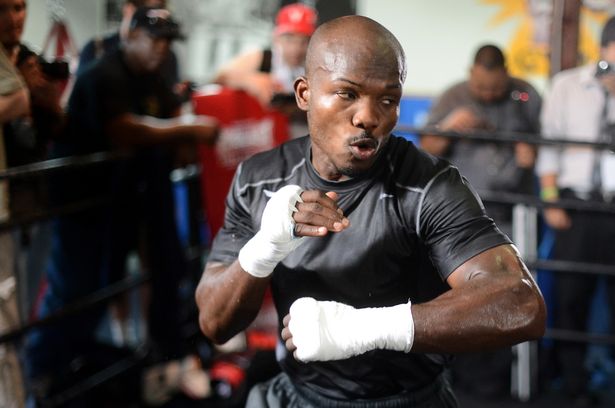 Timothy Bradley: I’ve got a lot to prove in this fight. I’ve gotta prove that the first fight wasn’t a fluke. There’s a lot of things that happened in the first fight that weren’t right. This time I’ll be 110% ready.

I gained a lot of experience from my last two appearances on HBO, one in particular against Marquez, who is a great champion and great fighter, legendary, and also the fight of the year against Ruslan Provodnikov. So I’m a different fighter now, a different beast, a different animal and this time around I’m gonna prove it to the fans and everybody. The last time around I got the win but it felt like I lost because I didm’t get any credit from the fans and it’s very important to get the credit from the fans. I definitely gotta win by a wide margin.

Joel Diaz: We don’t really feel the support. Everybody goes to the Wild Card to see Manny Pacquiao train, he’s in great shape, he’s in great preparation… but nobody comes around to Tim Bradley’s gym to see how he’s doing. But in a way I like that because curiosity, it sometimes puts a little bit of fear. Nobody knows how Tim Bradley is training and he’s very ready to come to Vegas and ruin the party for a lot of people again.

Bob Arum: This rematch is special because the previous fight ended in a decision win for Timothy Bradley and a lot of people thought the decision could have gone the other way. That can be debated endlessly, so a rematch gives a definitive answer to who is the better fighter.