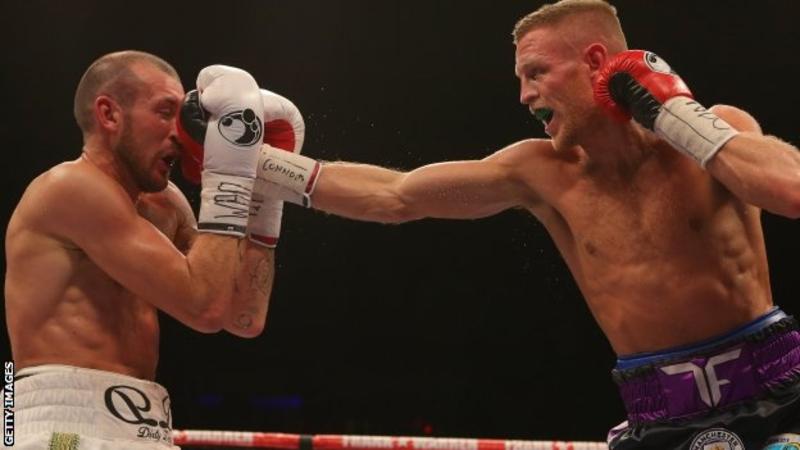 Flanagan was docked a point in the eighth round by referee Phil Edwards for using his forearm, after receiving repeated warnings for pushing.

But it made no difference at the Liverpool Echo Arena as 32-year-old Mathews slipped to a 10th defeat.

Flanagan has now won all 30 of his professional fights.

His promoter, Frank Warren, says “the obvious next fight” for him is against fellow Mancunian and holder of the WBA lightweight world title Anthony Crolla.

“We’ve made him a big offer,” said Warren on Box Nation. “Let the two of them fight. There’s no problem from our end. It’s a fight that could be made.

“Other than that I like the Linares fight,” he added, referring to Venezuelan three-weight champion Jorge Linares, who currently holds the WBC version of the world lightweight title.