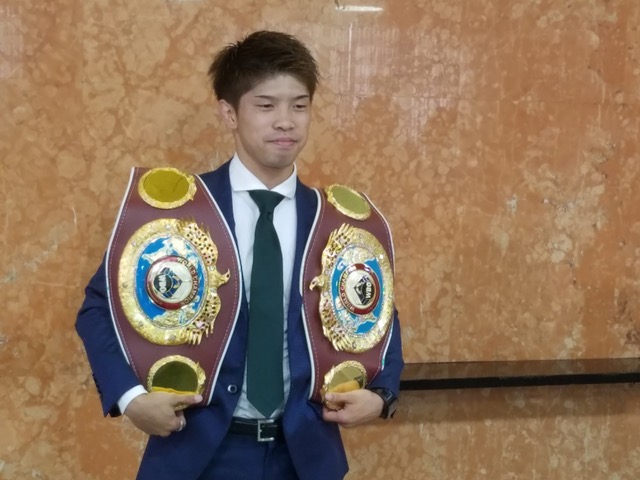 Unbeaten two-division world champ Kosei Tanaka (11-0, 7 KOs), the enfant terrible in Japan, will make a mandatory shot at the WBO Flyweight belt against compatriot Sho Kimura (17-1-2, 10 KOs) in Nagoya, Japan, on September 24. It was announced by his promoter/manager Kiyoshi Hatanaka, ex-WBC 122-pound titlist, on Tuesday. Kimura, fresh from his second defense over Froilan Saludar via sixth round knockout in China last Friday, didn’t appear in the press conference, but will make his own in Tokyo later.

Should Tanaka win the third world belt in his twelfth bout, it will tie the record of Vasyl Lomachenko. But Hi-Tech suffered the one and only setback to Orlando Salido in his second pro outing, while Tanaka may achieve the establishment with an unblemished mark.

Tanaka, a Chukyo university student, acquired his first 105-pound belt when he, in his fifth bout, unanimously outscored Julian Yedras in May 2015. The fast-developing Kosei gained his second 108-pound throne by halting Moises Fuentes in his eighth game on New Year’s Eve in 2016. Having outgrown the junior flyweight category, he now aims at his third belt in the 112-pound category.

Tanaka said, “Kimura is a strong champion with physical strength and will power. But I’ll knock him out to win my third belt.” Kimura, in every fight, improved his strength, dethroning former Olympic gold medalist Shiming Zou and dispatching Froilan Saludar. It will be such a competitive matchup that we cannot predict who the victor will be.

Report and photo by Joe Koizumi