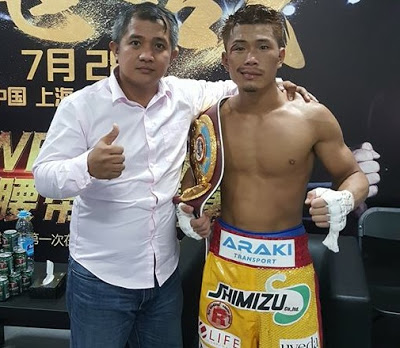 Sho Kimura scored a massive upset when he knocks out former olympian and China’s only boxing world champion Zou Shiming in eleventh round to claim the WBO world flyweight title in Shanghai China.

Kimura improves his record to 15 wins with 8 knockouts , 2 draws and 1 defeat while Shiming drops to 9 wins with 2 defeats.