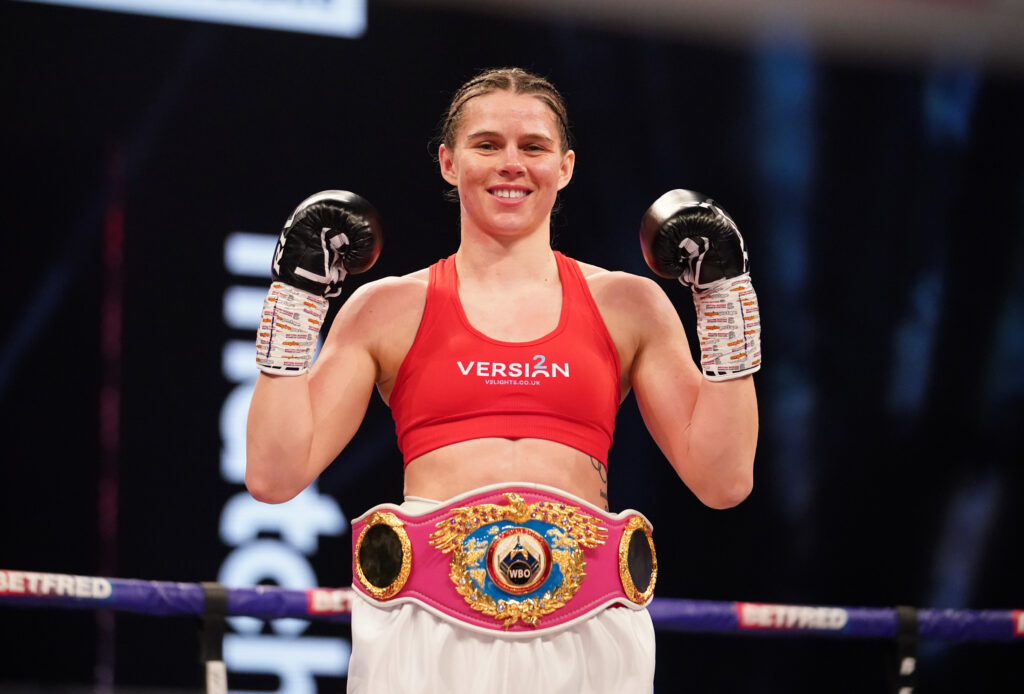 Savannah Marshall called out Claressa Shields for a huge showdown after she produced yet another dominant display by stopping Maria Lindberg in round three to retain her WBO middleweight title.

The two women were competing on the undercard of Conor Benn’s clash with Samuel Vargas at the Copper Box Arena in London on Saturday, live on Sky Sports and DAZN.

Marshall (10-0, 8 KOs) was in total control throughout the fight, dropping Lindberg (19-7-2, 10 KOs) in round two, before following that up with another knockdown in the following round that the Swede was unable to recover from, meaning that Marshall got the win after 1:11 of round three. Marshall becomes the first fighter to stop Lindberg, and has now made her intentions clear that she wants a battle with Shields next.

She said: “Utmost respect to Maria. I’m really grateful that she stepped in. On Sunday it looked like I wasn’t even fighting, so credit to her. Maria had never been stopped, and I didn’t think it would go like that but I’m happy with how I performed.

“It’s all about flow. Everything Peter Fury teaches me is all about hitting correctly and getting the most power. I’m over the moon with the progress I’m making with Peter. “I punch too hard for Claressa Shields. She doesn’t want to know. She would much rather roll about it in the Octagon and call out Katie Taylor who is four weight classes lower. I won’t wait forever, I want to be out in the summer.

“The IBF title is vacant at my weight, and if not that then I will go back up to super-middleweight and win a world title there. If Shields then gets some guts then we can have a big showdown at the end of the year.”

Promoter Eddie Hearn added: “We’re making good progress on a Shields fight. Her teams know how dangerous the fight is and they want a lot of money, but I’m prepared to pay them.

“There is no way Shields goes 10 rounds with Savannah Marshall. Savannah is the only girl to beat Shields in her entire life. She beat her in the amateurs and she will do in the professionals.

“Shields is one of the top three female pound-for-pound fighters in the world, but she is wide open and can’t stand up to Savannah’s power. Savannah is the hardest pound-for-pound puncher in women’s boxing. Marshall vs. Shields is superfight that can headline in the USA or England, and I will do everything to try and make it.”