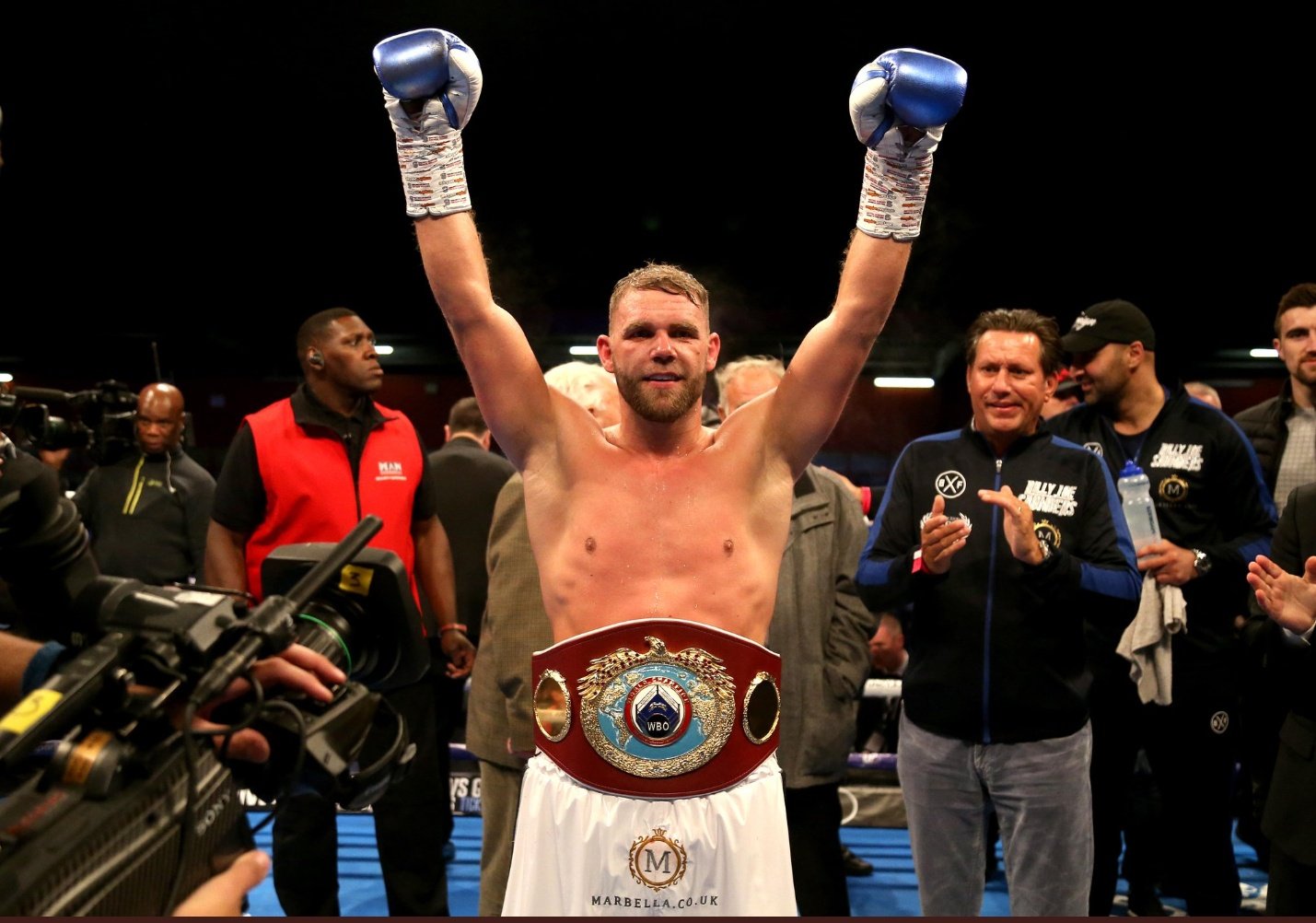 Southpaw slickster Saunders was quickly out of the blocks firing in rapier like jabs into the face of Isufi, who had no answers to the movement and range of shots he was being forced to absorb. Saunders looked a class above and Isufi a little befuddled by what was in front of him.

Saunders’ Hertfordshire army were creating quite some atmosphere inside the Lamex Stadium as their man was executing something of a masterclass to which Isufi was offering little in return. Isufi’s expression at the end of round two told of him being utterly perplexed over how to counter the array of shots and nifty movement of the former middleweight world champion.

Saunders unleashed a flurry of shots in the third that resulted in referee Marcus McDonnell taking a close look at the wellbeing of Isufi but, to his credit, the Albanian fired back and kept the referee off his case for the time being.

The memorising display of Saunders continued through the fourth and Isufi carried on being perplexed by the variety of shots coming in his direction. Isufi was regularly cornered and his only riposte came via wild and hopeful haymakers.

The beginning of the sixth saw Saunders clubbed back towards the ropes by a huge right hand and, for once, the Hatfield man was holding on and subsequently got on his toes and kept out of trouble. It was a warning sign not to take his man too lightly, however much he was on top.

Isufi was showing a new resolve after being flummoxed for six rounds and it was he who was on the prowl stalking his prey. Saunders launched some stunning manoeuvres off the back foot at the end of the seventh.

The 27-0 man went back on the hunt at the start of the eighth and was completely dominant across the full three minutes as Isufi went back into his shell, with the ninth and tenth following a similar pattern.

Isufi was attempting to land bombs but was not finding the target with single shots as Saunders was cruising towards a second world title and was not taking any chances.

He got on his bike in the final round, circling the Albanian and not putting his fine work at risk.