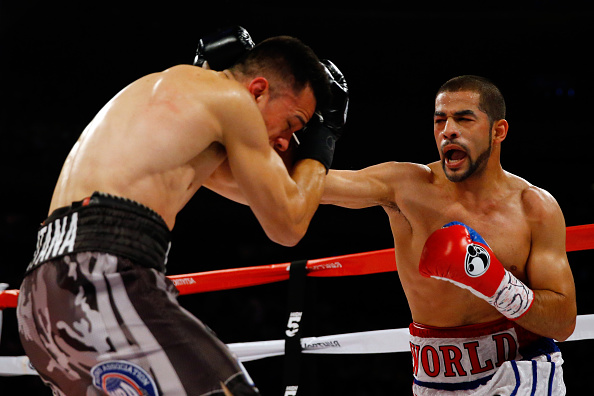 With Timothy Bradley being designated a ‘super’ champion by the WBO, it now clears the way for Sadam Ali to face Jesse Vargas for their welterweight title.

According to Bob Arum, the head of Top Rank – “We made a deal with Oscar (De La Hoya and Golden Boy Promotions) for Vargas to fight Sadam Ali.”

The veteran promoter notes that Golden Boy, which represents the number one ranked Ali, is the lead promoter in this fight.

The question now is just where will this fight take place? Both Ali, who hails from Brooklyn, New York and Vargas, who resides in Las Vegas, both expressed concerns about fighting in each others home regions. When asked about the venue for this bout, Arum stated,”We don’t know, they gave us two places – both are acceptable.”

Eric Gomez, the Vice President of Golden Boy confirmed that a deal was reached for Ali-Vargas and told BoxingScene.com:

“We’ve got two venues on hold and we’re just finalizing details but we’ll announce the venue soon. But it’ll be on HBO’s ‘Boxing After Dark’ and we’re looking at a couple of dates.”

Gomez says this card will land on either March 5th or the 12th.