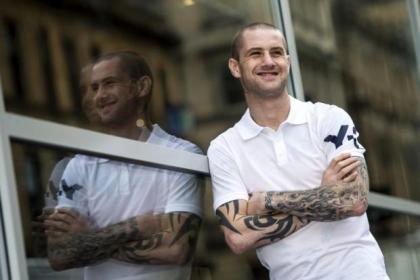 RICKY BURNS has been granted his wish of a second world title battle with big-hitting Mexican Raymundo Beltran.

The WBO lightweight champion will meet Beltran for a second time in five months with his belt up for grabs in Glasgow early in February.

On September 7, the Scot had his jaw broken in the second round of their first meeting and was decked in the eighth on his way to a hotly-disputed and fortunate draw against the challenger in what was, nonetheless, one of the most courageous performances ever witnessed in a Scottish ring.

But, to his credit, and despite having had a titanium plate inserted in his jaw and offered a big-money match up in Madison Square Garden with US star Terence Crawford, Burns has remained true to his word Beltran would get a re-match.

Now the champ’s manager Alex Morrison has confirmed: “Eddie Hearn has reached an agreement with Beltran’s people for a rematch in Glasgow in February next year.

“Ricky made it clear from the moment the first fight between the two was over that he felt he owed Beltran a second chance and that speaks volumes for the type of man he is.

“After suffering the type of injury he did, many a fighter would be loath to go back in the ring, never mind face the same opponent again who had inflicted these injuries.

“But Ricky is the most honest man you will ever meet and he knows he must set the record straight in the second fight.

“Obviously, we had other options, but for Ricky the honourable thing to do was to give Beltran a second chance.

“He may have that, but I think this time Beltran will find out just how good Ricky is at his best.”

There are urgent areas of improvement required in his performance if he is not to be found impaled on Beltran’s left hook once more.

The champion’s professional career spans back to the night of his pro debut at the Kelvin Hall on October 20, 2001, against journeyman Woody Greenway on the undercard of Olympic champion Audley Harrison.

Since then, two kinks have remained in the Burns armour and that has been his tendency to remain rigidly upright with his jaw out and his failure to bring his right hand back to cover it after he has thrown a punch.

A brutally-honest big Alex admitted Burns will have to do better to prevail next time.

He said: “Ricky made mistakes in the first fight and learned some very painful lessons.

“But, come February, I have every confidence he will put a performance together which proves that point and puts Beltran to bed once and for all.”