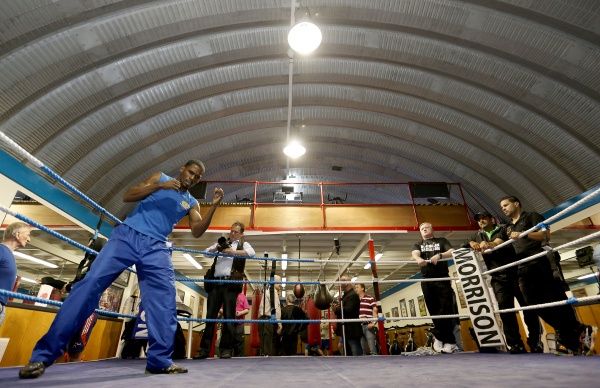 Ricky Burns vs. Jose Gonzalez this Saturday, May 11th in Glasgow, Scotland The 30-year-old Burns will be getting his first taste of power since his clinch-filled 12 round decision over Michael Katsidis two years ago in London.

Since then, Burns has had two easy fights against light hitters Kevin Mitchell and Paulus Moses. Gonzalez, 29, is a much bigger puncher than Katsidis or Burns’ biggest hitting opponent to date Roman Martinez, and he’s got huge, huge power in either hand.

Gonzalez, from Puerto Rico, can punch right through guards, so if Burns is going to employ the rope and dope strategy that he used in his fight against Katsidis then I’m afraid he’s going to take a tremendous amount of punishment because you really can’t block Gonzalez’s shots because the power that he has.

The only way to try and survive against Gonzalez is to duck, dodge and run from him because if he hits you anywhere on your body you’re going to be in serious trouble.

Gonzalez is definitely the biggest puncher in the lightweight division by far and that includes WBC lightweight champion Adrien Broner.

I expect that Burns will use his old arm bar and clinch techniques to keep from getting nailed by Gonzalez, but I don’t think it’s going to work.

I’ve seen some of Gonzalez’s fights where his opponents tried to hold down one of his arms the way that Burns likes to do and he kept nailing them with HUGE right hands.

Gonzalez is able to generate tremendous power even in close, so grabbing and holding one of his arms isn’t going to save Burns from punishment.

Likewise, using excellent clinches to try and tie Gonzalez up won’t work as well because he works during clinches. He doesn’t just give up passively and let his opponents survive or get rest breaks from his punishment.

Gonzalez is coming into this fight with a four-fight knockout streak that dates back to 2011. He’s stopped Alejandro Rodriguez, Oscar Cuero, Joseph Laryea and Hevinson Herrera in impressive fashion.

Burns is going to have problems taking his shots because he tends to like to slug with his opponents, but with Gonzalez you can’t do that because he hits so incredibly hard. He’ll literally punch a giant hole through Burns if he tries to slug with him.