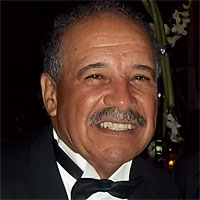 As the World Boxing Organization closed out its 24th Annual Convention in San Juan, Puerto Rico, there are many boxing insiders who are admittedly surprised at the success of the WBO. Closing in on its 25th year in existence, there are few who don’t regard the WBO as one of the premiere sanctioning organizations in the world. Founded when a group of WBA members left that organization citing anger at how that group was run, the WBO seemed at first to face an insurmountable challenge in its quest to emerge as a major sanctioning body. In those early years the WBO had less credibility than the big three of the WBA, WBC, and IBF, and those three organizations, along with the boxing media and boxing pundits, appeared keen to see the WBO fail. But it became clear almost immediately that the WBO was not going to just fade away or be ignored. They remained steadfast in their adherence to putting on quality fights with legitimate champions. Before long the WBO belt was held in the highest regards, thanks in part to champions like Oscar De La Hoya and Manny Pacquiao.

However, the WBO owes much of its success to its leadership and its determination. Each year the WBO challenges itself to step up to the plate, a mentality that is a driving force for the WBO’s success. And much of that driving force over the past decade can be attributed to its current president: Francisco “Paco” Valcarcel. Valcarcel took some time to speak to Fightnews about this recent Convention and the WBO’s plans for 2012 and beyond.

What do you think are the most important topics discussed at this year’s WBO Convention?

I think that the seminars were very good, particularly Manny Steward. The referee and judges seminars were excellent. And of course the awards. Klitschko winning fighter of the year and Yessica Bopp from Argentina, as female boxer of the year. It was a great event. And having all the former WBO champions from Puerto Rico here was great. And having Marco Huck here was also great. Also, we used the convention to start work for the 25th anniversary coming up. We will have the next convention in Miami and we will start work tomorrow. The 25th anniversary will be huge. We will have everything. Fireworks and everything else.

What can we expect from the WBO in 2012 for its 25th anniversary?

You know, as I was saying earlier at the convention, that we are going to double the amount of money we used for Kids Free Drugs program. We will work with scholarships, schooling, both high school and elementary. We want to do a lot of community work, using boxing and its champions as role models for the kids, that is the main priority for our 25th anniversary.

What about the” Kids Free Drugs?” What are some of the developments of that program?

It is a program that we have all around the world and now we are working on about 25 different countries in all the continents including China. We work with the kids in the gyms. In the Boys Club. We sponsor track and field. We sponsor soccer. In the program kids use boxers as a role model. We sponsor young kids in the elementary and high school,. We supply equipment for fighters and gyms. We want kids to come from the corner to the gym. If you don’t like boxing, we will train you to be a good baseball player. Or a good soccer player. Or a track star. We don’t want kids on the streets with drugs but in the gym.

Do you anticipate this to be the biggest year ever for Kids Free Drugs?

No, we have been working for twelve or fourteen years, we invested a lot of money. But we will double the amount of money that we used to dedicate it to community work. We want more countries around the world to join us in that program. And we have our Vice Presidents and our representatives in each country, and they know what they have to do to do some community work for Kids Free Drugs.

How does it feel to be home for this convention?

It is always nice to be at home, but then I have to remember that I am WBO president, but I also have a lot of work here waiting for me. But Puerto Rico has a proud boxing tradition. We have a lot of former world champions, over fifty world champions from Puerto Rico. We are here with Mexico, and the USA as major boxing nations. And that is good when you come home, when you do something good for your country. For your country to have something special. It is a great satisfaction. For the week we have been here, and according to the people I’ve talked to, we’ve brought in over four million dollars for the country.

You discussed problems in the past in opening up in Japan. But at this year’s convention several Japanese promoters could be seen in attendance. Any news on the Japanese front?

I don’t want to make any disclosure, but I can tell you we have been working for more than 5 years. I think we can finally deliver, and I think we will be in Japan. Sooner than later I can assure you of that.

I want to see what happens with Ivan Calderon. I would like to know what will happen with Brian Viloria and Giovani Segura. They will fight in the Philippines, and most likely I will go there for that fight. And Omar Narvaez, I would like to know what happens with him when he fights Cesar Seda. And at 122, we will know if Nonito Donaire will move up in weight, and what will happen with Jorge Arce, if he wants to go for his 5th title in a different division. I don’t know what he will do, but I know he wants to make history. At 130 we have Adrien Broner fighting Vicente Martin Rodriguez in Cincinnati in an HBO fight. The winner will probably fight Luis Cruz. It will be very exciting. At lightweight we have Ricky Burns and Michael Katsidis. Tim Bradley, he is one of the best 140 at the moment

This convention saw numerous delegates from what has previously been seen as hostile territory such as Japan and Mexico. And the developments in China and Afrca continue to expand the influence of the WBO. How important is this for the continued growth of the WBO and how does the WBO continue its expansion into uncharted territory?

Let me tell you, we have presidents all around the world. We are doing more oriental titles than PABA and OPBF put together. In Europe we have been dominating in the last 15 years. In the USA we have the best promoters working with us. And we still have the best prospects fighting for the regional and youth titles and receiving the opportunity to fight for the world title. And we have Pacquaio, Donarie, Viloria, a lot of good fighters, Klitschko, Huck. We have new prospects like Broner. We have new blood.

Tell us more about the development of the WBO Youth Belt?

We are going to have more fights with these young fighters. As long as they are under twenty-three, and the fight is between an eight and ten rounder. But we will have more and more youth champs in WBO. And we want to give more publicity to our regional champions, using our new web page. It is sensational, we are the leaders in social networking. This convention is already on our webpage!